I had originally intended to amalgamate the finished adventure "The Tomb Of Gardag" with a few other ideas that I had, including a hex crawl.  I felt that it stood well on its own rather jumbled in amongst a larger hex crawl idea.  The good news is, while I was working on the half crooked idea of amalgamating the temple with the hex crawl idea, I managed to write a bunch of stuff for the hexcrawl, so hopefully my next mission will be to finish the hex crawl and release it.  After that I better finish the Enormity project before I have an aneurysm.

I hope that you enjoy the Temple Of Gardag, it was a fun little adventure to write.  As usual I left it fairly open ended so that it can be plopped in to an existing campaign, or used as a starting point.

If you were expecting a bit more I am sorry about it, as I said after reading it thru I just like the way it sat by itself.  If you feel there is no need to apologize, (I'm Canadian we do that).

(Entertaining picture of me at brunch enjoying some Guinness). 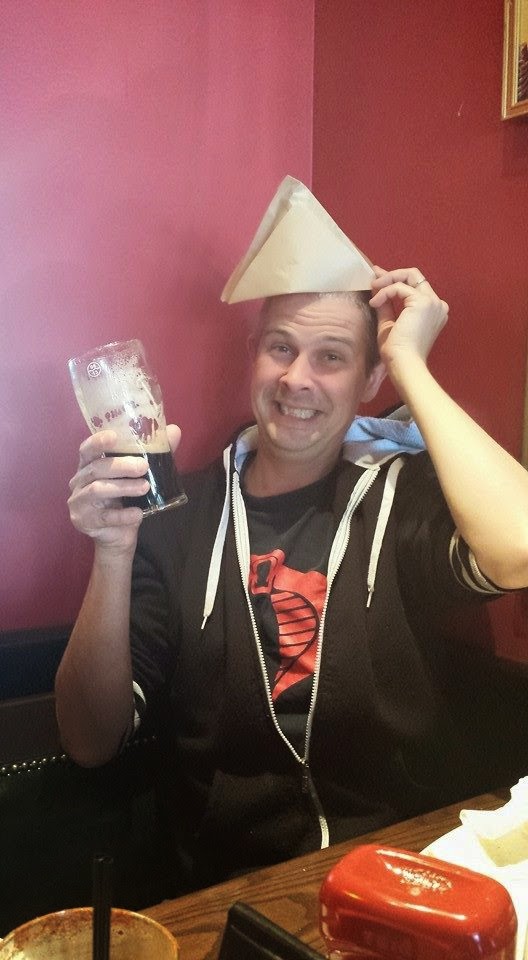 Posted by shanepatrickward at 4:15 PM