I had a really great discussion with +Eric Fabiaschi of the http://swordsandstitchery.blogspot.ca/ blog yesterday.  Here is a direct quote from Eric,

OSR stuff doesn't have to see the light of day as long as you & your players love it then consider it a win.﻿

Honestly this struck me like a big assed truck.

Not everything I write needs to be publishable, or for a certain audience.  What needs to happen is that I need to write for the games that I play.  If there is something that is useable for a wider audience then it will obviously get posted on this blog.  (along with all general ramblings, as usual).

Eric was talking about DYI, and about working on his own set of rules.  DYI means basically borrowing all the great bits from every retro clone, table, game system that works specifically for HIS campaign and play style.  And of course this isn't a publishable thing (see above paragraph), nor should it be.  It's a house document. 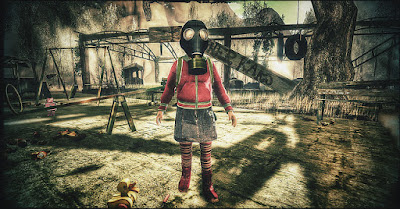 As you know I've been slowly working on a mutant future campaign. I've read and re-read the rules and am quite familiar with them.  I've come to the conclusion that my old school players like ascending ac and DC challenges.  I had initially planned on playing the game exactly by the book.  For the most part to see if I could do it.

The one thing that stood out for me was the whole mental attack, and how to go about it properly.  I had another good conversation with +Norbert G. Matausch and he gave me some killer ideas on how to make it a bit more d20, borrowing the 5e adv/disadvantage mechanic.  WOO!

So as usual, I'm slowly coming up with some ideas, I'm going to create myself a stripped down d20 version of mutant future which will be a house rules only document that should make playing the game a bit easier for my players.  Thus far I've got most of it figured out, by borrowing a bit of ideas from Swords & Wizardry, among other things.  Oh and instead of using the mutations in the book, I'm just going to go ahead and borrow +Dyson Logos ones, from Mutant Omega.


I've got starting weapons, I'm working on a d12 or d20 table for backgrounds, somewhat borrowed from the 5e outlander background.  Yonder Dyson mutations, and now it'll be a matter of creating a bs monster listing with ascending acs, and will's.  To which I may just randomly roll for wills at the table.  Should be fun!

Oh and cuz I can, I'm going to create this document with a bunch of facking awesome +JEStockArt stuff.

d20 will mechanic discussion
this from a private g plus chat.

Moi: +Norbert G. Matausch the way it is written in the rules is there is a table to look up.  So i find the will that I have and then look up target number.  To a degree it is somewhat like the descending armour class chart.  I like the disadvantage idea.  hmm.  I'd need a example though.  So that my brain could absorb it properly.
As mutant future doesn't actually give will for creatures it is left up to the mutant lord.  my thought is the following.  (using ascending AC chart).
Look up monsters will, players will doesn't factor into it other than modifer for their own will.

Monster will is 13.  So player needs to roll a 13 or above with a modifier on a 20.  and vice versa for monster.  their hit dice don't enter into it, everyone is on a level playing field.  Same with PCs.  they don't get a mind attack bonus as they level, other than possibly adjusting their will score.﻿

Norbert: The advantage/disadvantage system focuses on your character, puts him in the spotlight, if you will.

So let's say, player will is 14, monster will is 13. Player has to roll on or under his will to be successful, and he gets advantage.

If his will is lower than our equal to the monster's, he must roll on or under his will to be successful, but at a disadvantage. ﻿


Posted by shanepatrickward at 8:28 AM