Out Of The Abyss - Session 3 Report

We left the last session after having saw this giant creature come out of a lake in the fish dudes town (Slobadabob i believe).  A few of the PC's were suffering from madness, one of which had to scream at the top of her lungs.  (and had a sore throat for days after the fact!).   My druid turned himself into a rat and was scurrying around while the other PC's were out of their minds.  Basically mass chaos.  Finally they came to their senses, and we made a bum rush to get the hell outta there, as apparently this vile demon was the prince of demons... 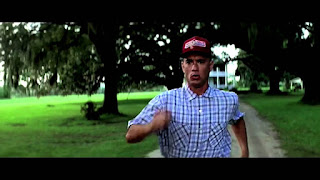 Alright we got the treasure, and....

Fast forward a few days, we've made it back to where we took the wrong turn in the first place.  The plan so far is to get to blingdenstone.

Once again we take a wrong turn, and ended up in a dwarven settlement.  Zagnap (my druid is thinking) WOOT! Gauntlygrm.  Which is apparently another objective.

Nope... in the dark we see that these dwarves are very grey.

The monk that is with us, is basically a wrestler with a major alcohol abuse problem, so after a brief discussion we are off to the "Bald Bitch" tavern in Duergar city.  We get to the tavern, all goes well, its fairly crowded with a few different races.  The monk decides that everyone needs a drink, including the fungi NPC that is with us.  He goes and brokers a deal with the bar owner for a large pan with water in it.  25 GP's and a necklace later, he comes back with the pan for the fungi dude.  To which Mr. Fungi says "I just get my nutrients from the world around me, I don't need anything specific".  Ah shit.

So turning lemons into lemonade, the monk comes up with a genius plan of calling the pan "the pan of glory", complete with a long back story about dwarves and drinking from the pan before battle, etc.  Of course this is used thru out the rest of the adventure, with a lot of laughs along the way.

That's a good case in point of whatever the players do say yes! it leads to some silliness.

A bar brawl broke out and we hauled ass out of the city.  Even though Zagnap had considered freeing a few of the slaves.

Back to the underdark....

SLIME PITS!  So we basically run into this huge slime pit, and all of a sudden there is a voice in our head.  It appears to be a mind flayer.  Zagnap is basically like "ah shiiiit!"  However after a fairly long conversation, it appears that he's not as evil as we figured.  He's a member of the "society of brilliance".  Honestly sounds like a bunch of egotistical types.  Zagnap discusses the possibility of joining the order.

We come across this HUGE webbed cavern.  Two random surfer dudes named Spiderbait (clue) and yuck yuck (Possibly?), are hanging out in the webs and as they said "Surfin the web".  So they show us how to get across and basically surf around.  Once again we are still trying to get to the deep gnome city.   Seriously these guys were funny, they were basically Bill & Ted. 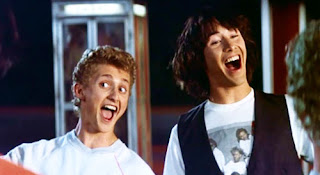 So our bard sees this treasure chest in the web, and he walks up and touches it.

and you totally know what happens after that. 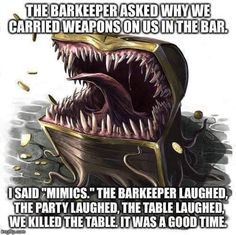 Yup a Mimic!  A fight ensues.  I should point out at this point we have lost all of our NPC followers somewhere in the webs so its just us 4 PC's trying to take this thing down.  Everyone is pretty much stuck to the damn thing.  Ravana our awesome fighter finally took the Mimic down with her pair of rapiers.

I should mention that our bard is awesome!  He plays a bunch of instruments and sings in real life.  So every single time he needed to provide bardic inspiration, he would actually sing a few lines of a song about what exactly was happening at the time.  For example "Ravana, we need you to destroy the mimic with your rapiers of death!"  Kind of thing.  He got inspiration all the time hahaha.

It's time to get the hell out of these webs!  We decide to keep moving.  Remember that surfer dude's name?  Oh yah Spiderbait!  Should have known shouldn't we?

5 or 6 spiders show up in the web.  There's been much discussion about burning the webs at this point.  However the fall, would kill us.  Gravity and terminal velocity.

A fight ensues.  Thankfully Zagnap gets a decent initiative and is able to cast Moonbeam before the rest of the hero's rush into Melee combat.  Hopefully they have learned their lesson on this tactic!

Our bard is near dead, Zagnap is near dead.  We are making death saving throws left and right.  Finally a few of our NPC's come to our rescue.  Running down the web towards the spider hoard.  I was lucky! (Zagnap) I managed to roll 3 success in a row.  (As a player I like this mechanic, its a bit different than old school obviously, but it puts you on the edge of your seat, kinda of like watching game 7 of the Stanley cup playoffs).  Thankfully I have a 20 that rolls quite high most of the time, its usually my DM dice, but I ported it over to my PC for this campaign.

The bard barely wakes up, he's on death's door.  So is Zagnap, he makes his final success, excellent he's stable.  Next round of combat, a spider see's the prone deep gnome prey.... LUNCH!  Before anyone gets a chance to help the spider pop's off Zagnap's head like opening a pillsbury dough.  The monk distraught and pissed off finds new resolve, the spider's get there just deserts.

The rest of the PC's decide to haul Zagnaps body to Blingdenstone for a proper burial (sans head).  I start playing on of the NPC's a Orc named Runt, who's basically a stupid bully.

We get to what appears to be the gates of Blingdenstone, however the entrance is on a ledge way the hell up, and some one has left the ladder rolled up.  Cue Monk who decides to spider man his way up there.  (Ravana just pointed out to me, that her PC is technically the female dread pirate roberts so she should have also given this a go, but didn't speak up loudly enough at the time, seriously its in the movie).

SUCCESS! We believe we have finally made it to the Deep gnome city, which I'm quite excited about.

We pack up our things and have a fairly entertaining round of "Cards against humanity" and call it a night.

I'm rolling up a deep gnome cleric for our next session.

Thanks to Ravana (my wife) for helping me with the timeline of the events, my brain didn't have the sequence correct.