The world I want to play in 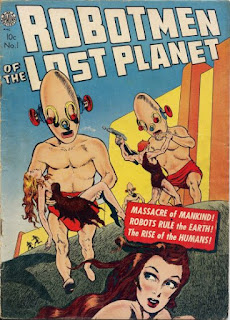 Eventually I'll run Greyhawk and Mystara (both of which I've talked at length).  However what is on my mind today, is world building.  Specifically the world I want to play in.  To quote Uncle Matt "Whatever D&D you play, imagine the hell out of it!".

The other day I posted on mewe about how I'm bored with the typical D&D troupes, damsels in distress, wizards in towers, etc.  And even monsters, being the same old same old. One thing I came up with is in a post apocalyptic world, what if there was a death knight in it from the pre apocalypse?  What would that be like? Maybe the knight was a mad surgeon, living during the era of pre nuclear war.  They did crazy experiments in their home on dead tissue.  What if somehow the knight figured out a way to cheat death, well... I mean cheat and become undead? What if it remembers everything that happened in the pre era?

The idea of the "dying earth" campaign intrigues me.  Maybe it's not outright, like destroyed buildings, barren wastelands, mutant creatures etc.  What if its a fantasy world, but there are these little bits and pieces of the past the crop up from time to time? I read a great blog post a few days ago, the combined Thundarr the barbarian, He-Man and a bunch of other great cartoons and references into a campaign world.  (and for the love of whatever multiverse god that is listening, I can't find the link!)

BIG THANKS TO Jorge Jaramillo
Here's the link
http://adventuresingaming2.blogspot.com/2019/01/legendaria-new-labyrinth-lord-campaign.html

For me, I tend to start world building with the typical 1.  Build a village 2. surrounding area  3.  create a dungeon  4.  Give the players a reason.

However, what I really enjoy lately is flipping thru a monster manual.  Usually something catches my eye, and I start thinking of ways to incorporate the monster in the world.  Normally I'm drawn to monsters that I haven't used but really want to.  Things like Chimera, Gorgons, Hydras.

So the world I am imaging (this is coles notes).

*  The nuclear war happened, destroying a LOT of the world. 5000 years ago.
*  The world grew back (plants, animals, etc).  3000 years ago.
*  Humans survived.
*  New races were created.
*  Magic was unleashed upon the world.  But not typical D&D magic.  Pact magic, and Godly magic that requires sacrifice and time.
*  The demi human races (halfling, elves, dwarves) have been slowly dying off.  1000 years ago.
*  Present day, the are tribes of human kind slowly rebuilding.  It is not technically medieval, but the beginnings of Medieval.  At least from a technological stand point.
*  Small settlements are being built, and the land is being explored.
*  Barbarian raiders run amok across the land.
*  Some technology has made its way into the hands of the inhabitants.  The rest is buried (lazer swords, guns etc)
*  There are a few religions, most of the devout despise other religions.
*  There is a reasonably good chance that demons walk the earth.
*  And aliens
*  There is no "great old one".

This is probably what Crimhuck was meant to be.
Basically it's Swords & Sorcery, with a bit of tech, and dying earth and greek mythology thrown in for good measure.  And of course some Conan "Hour of the dragon"

I know it's a bunch of ADD as is typical.

For the most part, I'd like the PCs to come from "places unknown" or far off lands.  Their boat lands on the shores of a new world.

And all hell breaks loose.

Posted by shanepatrickward at 1:08 PM