I like the title of the blog its nifty.

So I figure I've been working on this blog and living and breathing RPG's for the last year or so, its time to do a bit of a manifesto.  (as of today - 13610 pageviews - 219 posts)

I finally came to the conclusion why I put my AD&D 2e books away in the first place, first off I was busy with a bunch of other things, secondly I really didn't have a lot of people to play with.  and thirdly it really does take over your brain.  And not in a bad way.  RPG's in general make you think extremely creatively. When I was younger, pouring over modules and dreaming of the day that I might be able to write something that TSR would consider (that just seemed like a pipe dream).  More often than not in that time period I spent more time writing adventures and scenarios than I did actually playing them.

WOW! I know have the ability to actually write something that people can play!  With the advances in technology, (downaloadable pdfs), the OGL, SRD, etc all these things allow us creative minded people to have system's that we can use and write for, and then put up in a marketplace to possible sell (drivethrurpg) not that making money was ever my intention. 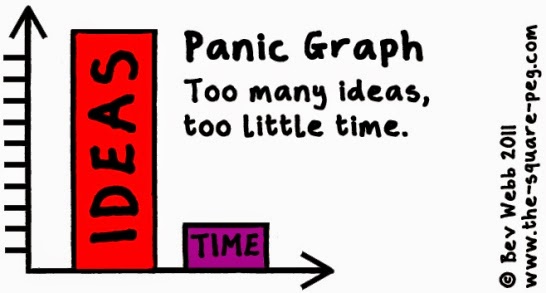 What I've been finding lately, is that my brain is just completely swarmed with ideas, and possible projects.  (ADD... jumping from project to project).  Does anyone else have this problem? I'm sure you do.  I mean we spend an inordinate amount of time discussing RPG's, concepts, monsters, systems, maps, etc.  I've been having a super difficult time not thinking about it to tell you the truth.  I am not entirely sure if its affecting my daily life at this point (I'm sure it is).  I suppose as I stated before it is a good thing creatively, but the problem becomes shutting it off right?  Right!  Another thing I've realized is that I never really stopped playing RPG's, I just played different ones.  After I put my books away, what did I do? I played xbox games like Morrowind, Oblivion & Skyrim for hours.  I read fantasy novels, I basically immersed myself in other versions of RPGing.

Now to fill up the time that I don't spend playing, I do the following

Read & post blogs on google +
I started playing a pbp game, and I am considering one of my own.
Draw maps
Listen to podcasts
Work on a possible rules hack
Work on my own campaign ideas
Work on a huge module that I may or may not finish.

As I stated I think its a good thing creatively, but there are some days I gotta figure out how to shut it off.  Or only work on one thing.

I suppose this wasn't entirely a manifesto, so much as a long winded statement about how I'm enjoying the hobby of creating.  Long live the OSR.


Posted by shanepatrickward at 7:52 AM