It's your turn Chris! - Ladies & Gentlemen an Interview with Chris Gonnerman


1.  How did you get your start roleplaying? What system did you use?
I saw an ad in a science fiction magazine for Dungeons & Dragons, specifically the Moldvay Basic edition, and I thought it looked like fun so I asked for it for Christmas.  That was 1981, and the red book in the hot pink boxed set was still brand new.

I got a game started with some friends, and as soon as I could afford it I ordered the Cook/Marsh Expert Set.  Yes, I was a game master, for years in fact, before I ever got to play. 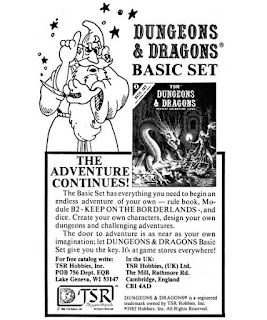 (not sure if this is correct ad, but still cool nonetheless)

2.  How and when did you discover the OSR?
When I created BasicFantasy RPG, there was no such thing as the OSR.  BFRPG was the first game to try to replicate the mechanics of a classic game (though I did deviate in a few specific ways, particularly in the choice to use ascending AC).  There was another game, still popular now, which predated BFRPG but it substituted a "core mechanic" in place of the varied resolution methods used in classic games.  Shortly after I began releasing BFRPG in PDF, OSRIC appeared on the scene, and not long after that was the advent of Labyrinth Lord and then Swords & Wizardry.

So in a way, I didn't discover the OSR, I helped to create it.


3.  Tell me about Basic Fantasy, how did it start?
I wanted to run a classic game, like the ones I ran back in high school in the early '80's.  I dug out my old game rules and found they were falling apart; I needed something I could really use, something I could get legal copies of for my players.

At that time, there was a lot of talk about the possibilities of cloning classic games using the OGL and d20 SRD as a basis, but other than that one game I mentioned (which due to OGL rules I can't call by name) nobody had really tried.  I wasn't the first to have the idea, but I was one of the first to actually try to do it. 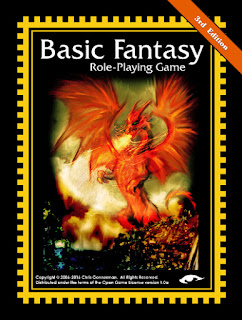 4.  Tell me about Iron Falcon, what was the thought process behind that?
Hah.  That's a funny story, at least to me.  When BFRPG and OSRIC and LL and S&W were all still new, they were all called "retro-clones" as they were considered clones of classic games.  Time moved on and I did my own thing and really didn't participate in many "OSR" discussions (not that I have any problem with the "OSR movement" but rather that I just didn't have time).  So I was surprised when I learned that Basic Fantasy RPG was no longer considered a retro-clone since it did not attempt to "properly" replicate a specific classic game.

I could have argued the point; by that argument, LL and S&W might not qualify either, but no one was questioning them.  I'm not either, mind you; they are absolutely retro-clones in my eyes.  But it did irritate me... I had been a retro-clone author, but I had been kicked out of the club.

Parallel to that, I had been wanting to learn more about the early genesis of the world's most popular RPG (you know, that one).  I chose a target year of 1975 and set out to write a game that replicated how the game was played (as much "by the books" as possible) in that year.  I got a lot of help from Simon Bull and several other fans of the truly Old School games in understanding those old, hard-to-read rules.

And I did most of the work in about a month and a half.  I'm still proud of that. 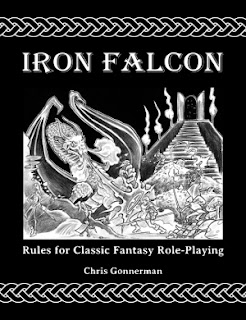 5.  What are you currently playing?
Basic Fantasy RPG.  Still running the campaign I started back in 2003, using my earlier rule system called Project 74.  Don't bother looking, it's there but it's not nearly as nice as BFRPG.  I switched the rules over around 2007, after the game was in print.  The campaign world, Glain, is the world I originally created in 1982 for my very first games.


6.   If you could campaign in any world which would it be?
Glain.  Obviously.  Though I have run some games in FFC-era Blackmoor and some in the Western Lands, the campaign world I sketched out for our module BF1Morgansfort. 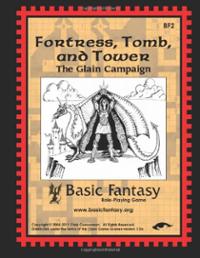 7.  What is one of your favorite adventures other than something that you’ve released?
X2 Castle Amber.  It's SO much fun to run! 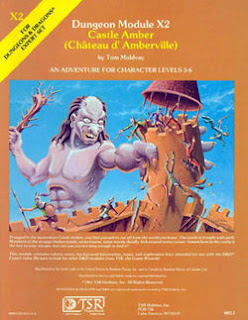 8.  When you get a chance to play a character, what type of PC do you like to play?
In a new group, I always play a vanilla fighter.  If I know the GM pretty well, I sometimes play an illusionist... I'm pretty good at that, but only if the GM is cool. 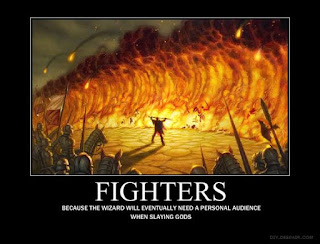 9.  What are you most excited about in the RPG scene currently?
Hah.  I have no idea.  I live in the Basic Fantasy RPG world, and pay pretty much no attention to the larger RPG scene.  I don't even know what's going on in the OSR community most of the time.  We just do our thing, run our games, write our adventures and supplements and so on, happy as clams in our own little world.


10.  Tell me about the adventure module “Castle By The Sea”
I created the original adventure for a convention appearance.  I wanted something short enough to run entirely in a 3 to 4 hour session, and in doing so I also created a dungeon map that fits entirely on my two battlemats.  It was so good, finally having an adventure that would really show the game off in a short format.

But it was just one adventure.  I go to conventions about twice a year, and see some of the same people every time.  I couldn't run that nice little adventure again, not for a couple of years anyway.  What to do?

So I made it a contest.  A forum member had put up money for promotional purposes, and I used it as the prize.  $25.00 in the form of an Amazon gift certificate to be given to whomever could create the most interesting key for the 22 room, two-level map.  Forum members voted on the submissions, and then we collected them all into one multimodule.  Of course, I did not participate, but my adventure is in the book (at the back, titled the Call of Doom).

I've run one of the adventures already at a convention (the prize winner, Caer Mortling) and I plan to run another one at Necronomicon in Quincy, IL in November.

11.  What was the first adventure module that you published?
Good question.  I started out doing editing for Dragonsfoot back around 2001 or 2002, I don't remember exactly.  I edited a number of adventures before I started writing them.  The first DF adventure I remember getting on their site was the Haunted Tower, but that was a collaborative work.

If we're talking adventures in print, BF1 Morgansfort was the first. 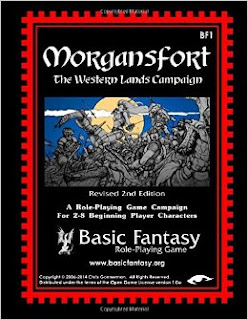 12.  Any funny gaming stories that you can share?
Last year (2015) at Quincon I ran the Castle D'Angelo adventure from Strongholds of Sorcery.  It was just a taste; the adventure contains a truly huge amount of madness, much of it courtesy of Stuart Marshall (the OSRIC guy).  That adventure includes a magical effect that can cause madness, mostly in the form of delusions. 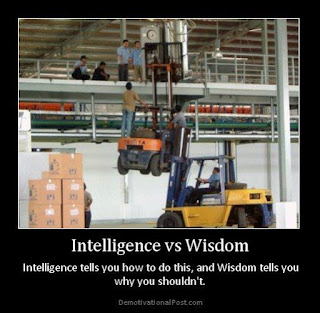 Kind of partial to Jolly Ranchers too. 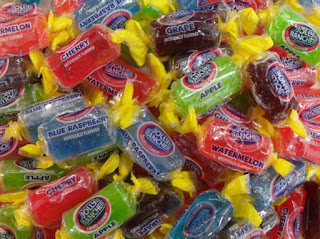 Note:  Once in awhile at our gaming table we have some twizzlers, I've never thought of bringing a lot of candy, and now I have a craving for a jolly rancher (thanks Chris).  They do however get stuck in the back of my throat for some reason.  As well I think there's a difference between the Canadian & American versions of them.  More research is needed.


14.  What are the plans for basic fantasy this year?  Anything in the works?
We always, and I mean always, have something in the works.  CS1 Castle by the Sea is in progress now, going through the seemingly endless cycles of editing that precede getting something into print.  My three large Glain modules, Strongholds of Sorcery, Ruby Mountain, and The Lost Pyramid are also under revision, though none are as close to publication as CS1 Castle by the Sea.  AA2 Adventure Anthology Two is in progress as well.

No idea what will make it to print first.  The Basic Fantasy Project isn't run like a business; we publish when we are ready, and we don't rush.

Posted by shanepatrickward at 5:54 AM