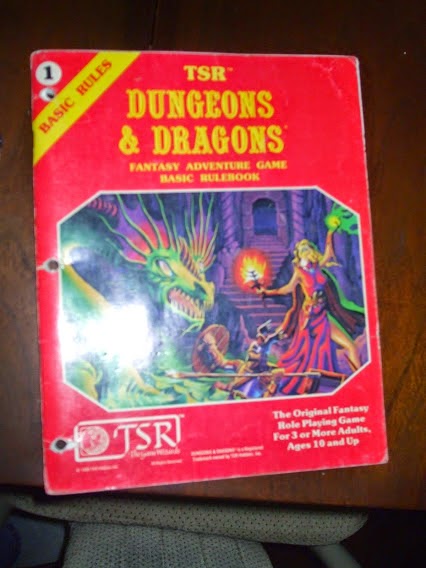 As you may have noticed, I grabbed a reasonably priced and in quite good condition copy of the 1981 D&D Basic rules last night.  (Insert WOOT!).  After I paid for the copy I walked to my car and giggled like a little school girl.  Its been awhile since I had an ear to ear smile.

As I read thru most of the book last night a few things struck me.  First, I've never really played race as a class, and as I mentioned to +Dyson Logos   , I felt kinda bad for Halflings, compared to the abilities of Dwarfs & Elves in Basic.  He did point out the following, and I quote

" While a teen I also felt that halflings got the shaft. But as soon as you leave the dungeon, those little f***ers are scary. The ability to be functionally invisible under any amount of natural cover (10% chance to be seen) is crazy powerful. To prove the point, run an encounter in a field with knee-high grass between a regular party and a raiding team of halflings. Those little blighters are deadly.﻿"

The other thing that stood out for me is how close all the retro clones have come to this.  Not only in specifics and rules, but in general layout and feel.  +Michael Thomas  pointed out that Moldvay is his  inspiration for laying things out. 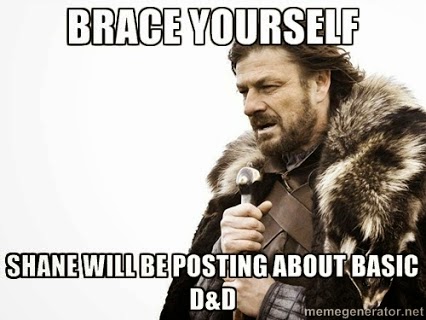 The third thing that I noticed is while reading thru the monster list, there are things like NPC party, guards, nobles, etc.  Something that was left out in AD&D 2nd edition for sure.  And something that has been added to fifth edition.  This is a handy little thing, for obvious reason.  "You stumbled onto another adventuring party"  Now give me 10 mins to roll up stats for these guys...

The rules are laid out extremely well, its easy to read, easy to find things.  I'll probably end up making myself a little DM screen with the charts on it for ease of use.

I really dug the monster reaction table, straight forward! Something I've been missing to tell you the truth.

I'll have to wrap my head around "Alignment Languages" , which is apparently sign language that only characters of that alignment can understand.

The book smells good considering its from 1981.

And now to figure out which module to run!

I have the lost city, the secret of bone hill, and in search of the unknown on pdf sitting on my hard drive.


Posted by shanepatrickward at 12:59 PM