This is the kick in the ass I needed

If you haven't noticed the maps I've been working on latetly, they are all here in this collection.  I had this idea for a dungeon rolling around in my head, and it's getting there.  It is starting to take shape.  The inspiration for it is coming directly from guys like +Zak Sabbath and +Mike Evans and the things I was reading while Gen Con was going on.  Specifically about the DIY D&D Community.  And the conversation about making games & adventures that YOU the author want to play.  The biggest problem I find, is the moment when I start worrying about what someone else is going to think.  In some cases, people might think "well that's commercial suicide, to pander to the masses".  And in a sense I suppose that could be correct.  However, that's not really what I'm talking about here, I'm talking about this little 5 level dungeon I'm mapping and working on.  And how I'll probably put it out there for people at some point, but way before that I'm going to run my players thru it, probably TPK them.  And way before it comes out, I'm going to start creating terrible "shane" art for it, because it makes me happy.

So here's the maps.  And eventually this may exist in some medium that you can download and run.

Or it may just be the place where my players characters go to die for the next few months.

In the mean time I'm going to sit on my couch with a glass of tea, an old black cat sitting beside me, and "friends" on in the background and doodle to my hearts content.  Who knows, it may end up being a bit bigger than 5 levels. 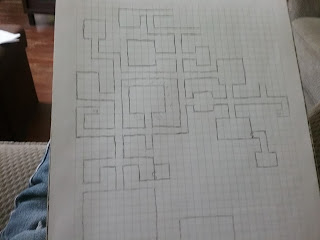 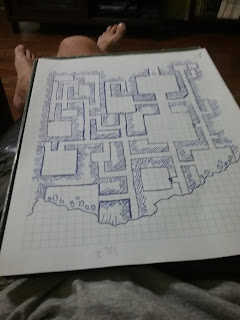 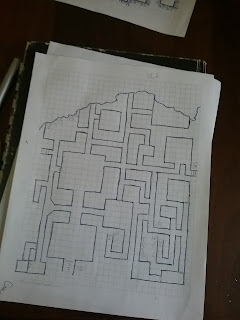 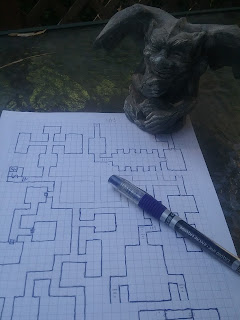 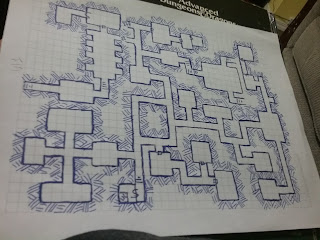 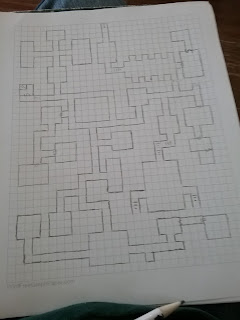 Posted by shanepatrickward at 2:44 PM