More OSR Musings AKA "A Weight has been lifted" 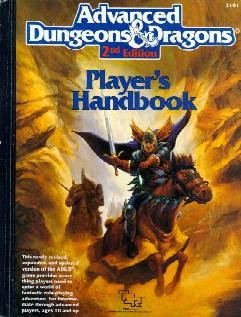 I feel the weight has been lifted from my shoulders this morning, especially after looking at the present sitting on the table.  I hope to eventually be sitting on the other side of the DM's screen trying desperately to save or die!  I've learned a LOT in the last few months, and continue to learn everyday.  Now that my mind feels a little more free, I've turned my attention to the 3 books that I started with.  AD&D 2ed.  I'm not sure if that is in anyway considered OSR? Enlighten me.  I had read somewhere that everyone using 2ed atleast when they started out were basically playing D&D anyways.  This process of discovery and rediscovery has lead me down a interesting path.  What I've discovered is "that it ain't broke don't fix it".  While I love all of the retro clones out there! and have read thru B/X, my attention has turned back to the game that I started with.  Why try and figure out (convert) the AC/HD for a Balor, when its sitting right there in that huge monster manual tome?  That and the fact that I pretty much know all the rules inside and out.  Nothing says that you have to stick to the rules specifically, and that's why I love the OSR movement.  I plan to eventually play 2ed basically stripped down, using whatever seems right.

I've also posted briefly about going thru my campaign settings, and have come to the conclusion that is just better to write something yourself.  That being said, before I feel asleep last night, I came up with about 10 scenarios for low level PC's starting out.  I need to draw up the map region, and little town, and get started drawing up some dungeons!

The little nuggets I've learned have given me the following conclusions;

1st.  make rulings
2.  Steal great ideas!  Why try to come up with a name for an evil god, when there's one sitting right there in the FR setting.
3.  Need an idea for an adventure, there are tons out there, go ahead, take it run with it, modify it to your heart's content.

I think those 3 things are the essence of OSR.

My plan is after spending some time playing a very combat heavy game to switch it up to more of a role playing game, and the only way for me to do it properly and make it believable is to write it myself.

This guy blogged exactly what I was just thinking!
http://nfiaos.blogspot.ca/2011/04/ad-2nd-edition-and-osr.html


Posted by shanepatrickward at 8:12 AM