There are a variety of rules for creating an epic battle.  The following are a simple set of rules to allow fast mass combat with a immense amount of fun! Use a basic battle map (8.5 x 11) and some tokens.
Each unit in combat represents 6 soldiers, whether they be wizards, warriors, archers etc.  All units roll for attack as first level monsters.  (Armour Class) – 20 = “To Hit” Number
Order of combat
Determine imitative for each group facing off, by rolling 1D6.  The highest rolls attack first.
Determine the “to hit” number for each party.  Roll 1D20 (Armour Class) – 20 = “To Hit” Number.
Roll 1D6 for unit damage.
If one army has been decimated by half their original number, roll a morale check using 7 for morale.
Each unit can move one square on the battle mat per turn, provided a apposing unit is not occupying the space.  Units can move diagonally.

Battle Example…
24 Orcs (AC 9) are fighting 48 Dwarves (AC 8)
The first units face off, the Orcs roll a 2 for imitative and the Dwarves rolls a 4.  The Dwarves attack first.  The armour class of the Orcs is 9.  The Dwarves need a roll of a 11 or higher to hit the Orcs.  They roll a 12.  The Dwarves then roll damage (1D6).  They kill off 4 Orcs.
The Orcs now attack, the Dwarves have an armour class of 8.  The Orcs need to roll 12 or higher to wound the Dwarves.  The Orcs roll a 7.  They do not inflict any damage on the Dwarven unit.
Repeat for the next round of combat.
It is important to write down on a piece of paper all the unit numbers.  Each unit number will have 6 soldiers.  As damage is inflicted per round of combat, deduct the amount from the unit numbers.

Below is a silly battle map I did. 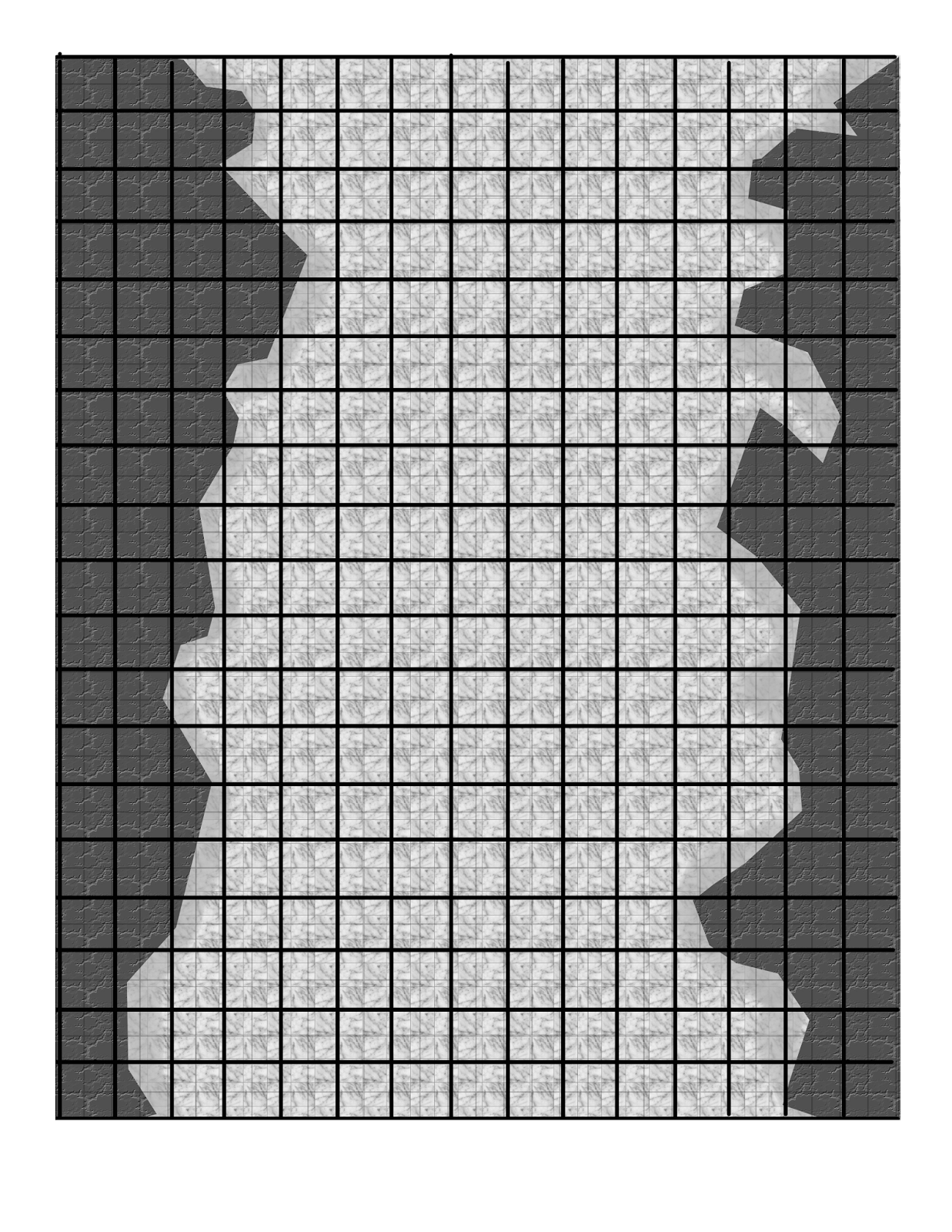 Posted by shanepatrickward at 12:40 PM