Some of these are new, and some of them I found whilst doing a deep dive.

A group of three teenagers disappeared recently. They all recently came of age, and the town guards merely assume they ran off to seek fame and fortune. The parents of the missing children are skeptical, and fear something more sinister has happened.

Additionally, the deacon of an old, burned out temple devoted to magic and portents is hiding a secret. Even though the temple is assumed to be defunct, an evil priest named Shukan is operating out of a secret chamber located in the temple’s basement. Shukan has connected a magical portal to the temple’s baptismal pool, turning the font into a gateway to hell and terror.

From the creator of the Thought Eater podcast and blog comes the 12v12 RPG!

-Intuitive rules and quick character creation have you playing in minutes!

-Easily adaptable to any setting or genre!

-Doubles as an SRD; create and sell your own products for free!

There’s a lot of dead space in the night sky, where nothing changes. Life, however, pops up in the most unexpected places. Across all of the great galaxy Regnum, civilizations have risen up in search of knowledge, power, and wealth. Though the darkness is cold and the voyage is long, starships of every shape and size streak through the void, always on the way to bigger and better things. Adventure finds its place in every dark alley, bustling port, and glimmering tower in Regnum. The heroes, villains, and opportunists who stumble upon it have a tendency to become great and terrible, and that is where your story begins.

Nutmeg in the dark

Nutmeg in the Dark is a standalone adventure written in Knave, though any OSR system will work.

Something has happened to the northern mountain pass, those who have survived to  return reported the smell of nutmeg before their party was ambushed in the dark.

The town guard is raising a party to go clear the pass. He enters the local tavern to conscript all the patrons, PCs will be generated from this group. (I thought this was an interesting use of the you meet in a tavern trope.) When PCs die they come out of the citizen pool. 9 characters, The guard, the players and NPC citizen soldiers, are active to fight, the rest hang out in back, waiting their turn to join when someone dies.

PINKHACK, put simply, is my personal collection of houserules put forth for (mis)use and cannibalization. I named it “PINKHACK” because it is a melange of Christian Mehrstam’s Whitehack and Chris McDowall’s Into the Odd (which is red), but also mostly because I very much like the color pink. The rules presented here are mere suggestions; there are no permissions granted or withheld, only inspirations. Everyone uses the system they are most comfortable with, anyways.

AND NOW FOR SOMETHING COMPLETELY DIFFERENT. 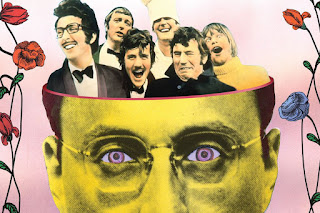 When I was a kid growing up with the first generation of personal computers, we played a LOT of shareware games.  As time went on we started attempting to create our own games using programming languages like ZZT , and re skinning Wolfenstein.  There was also an adventure game maker that we found that allowed us to create games similar to Sierra's Kingsquest etc.
Latetly I've been doing a bit of research to find reasonably easy programs for creating Mac based games.  Just an idea I've had kicking around for when its get super duper cold out here and boredom sets in.
In doing some basic research I stumbled upon GB Studio, which basically allows you to create Gameboy style games with a WSIYWIG editor.  NEAT! There are 4 games that you can test out (and play online if you like!)
https://izma.itch.io/deadeus
https://kidphoenx.itch.io/penalty-kick-91
https://kadabura.itch.io/soul-void
https://petermilko.itch.io/gurbs-adventure

Which has lead my down a rabbit hole, attempt to combine Gardens Of Ynn with a Zelda style game.

Yeah... I'm biting off more than I can chew.   But hey HERE'S TO TRYING NEW THINGS!

Posted by shanepatrickward at 8:52 AM 2 comments:

I figured it was probably a good time to start promoting neat things I find on drivethrurpg.  I am always quite happy when I find a cool thing that's PWYW or free, so I'll try and stick to those types of things.

This is super duper handy!

This are reference sheets meant to be used with White Box FMAG. The various tables and some of the rules from White Box FMAG have been arranged to fit into four A4-sized portrait pages which can be used either as printed pages at the table or as inserts for a customizable GM screen.

Also included is a two page version where the 4-page A4-sized portrait version are placed two-to-a-page in landscape.

For personal and commercial use / Pour usage personel et commercial

If you use one of the map in a commercial product, please give me credit for the map and send me a message (see the link to my website) so I can discover the excellent product you will create!

This map contain the village of Penrath and some description.  It also contain some adventure hooks.

For personal use only.

“The World of Artrusia has seen much happen in its long history. Many legends have been told by ancient bards, through countless poems and sagas. These provide reminders of the long past before the arrival of the Lords of the Void (also called the Lords of Beyond ), their expulsion, and the birth of science, which even today transforms the world.Two hundred years after the expulsion of the Lords of the Void and the dawn of the era of reason, the rise of science of machines and the advent of mass industry, the world has undergone radical changes. Railroads, analytical devices, medicines and metallurgy have reached levels never seen before. The discovery of Aerolite as the main form of fuel brought changes to the sport of racing in our world."

You hold in your hands UNCONQUERED, a role-playing game. In it, one player takes on the role of Chronicler and presents a world full of peril and wonder; the others take on the role of Travelers, who describe how their characters act and react within that world. We play to find out where drama and dice may lead us.

Posted by shanepatrickward at 6:43 AM 2 comments: