We don't server your kind in here, you'll have to wait outside 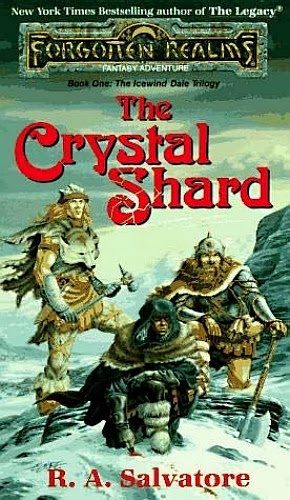 "We don't server there kind in here, the droids will have to wait outside" - Star Wars Episode 4

I've been reading the Crystal Shard from the Icewind Dale Trilogy by R.A. Salvatore.  I actually picked up all three books at a used book fair for like $8.46 CDN.  SCORE!  Obviously I'm getting some great ideas as I'm reading the books.  One that has come to mind (although I don't condone it) is racism.  The fact that barely anyone speaks to Drizzt in Ten-Towns, he has few friends, and most of the residents shy away from and look upon Drizzt as a outsider.  This really strikes a chord with me.  I know for example that in some books (campaign settings) its suggested to "look down on other races with distrust" especially in  human settlements.  This brings up a interesting role play situation.  For example in the adventures I've ran, my players are usually a dwarf and a elf, (wierdo combo).  I've never really played up the apparent racism, although I'm considering it.  Have you?


Posted by shanepatrickward at 8:24 AM