I think I am going to go back and finish working on "Goblins Greed Isle", Here is the intro post http://3toadstools.blogspot.ca/2013/10/greek-gods-opening-to-escape-from.html.  A island hex crawl based on Greek Mythos, the island is basically purgatory for Hades.  There hero's will have to fight there way off the island, killing monsters and collecting very specific thing from them.  I had previously scraped the module as there just seemed to be a lot of these types of island hex crawls coming out at the time.  However while walking to work this morning my mind started wandering back to it.  I think I am at a good point to go back and start working on it.

I feel much more confident writing a hex crawl now, after doing some research on hex crawls that work and ones that don't.  Obviously creating any kind of a railroad situation is not a good idea.  I may go and pick up the sandbox companion at drivethrurpg as well, just for a bit more inspiration.

The one thing I'll have to go back and work on is the Telchines class I created specifically for the adventure.  As well have a re read thru of Minotaurs & Mazes.  (Its a free download BTW)

Below is a mockup of the map of the Island. 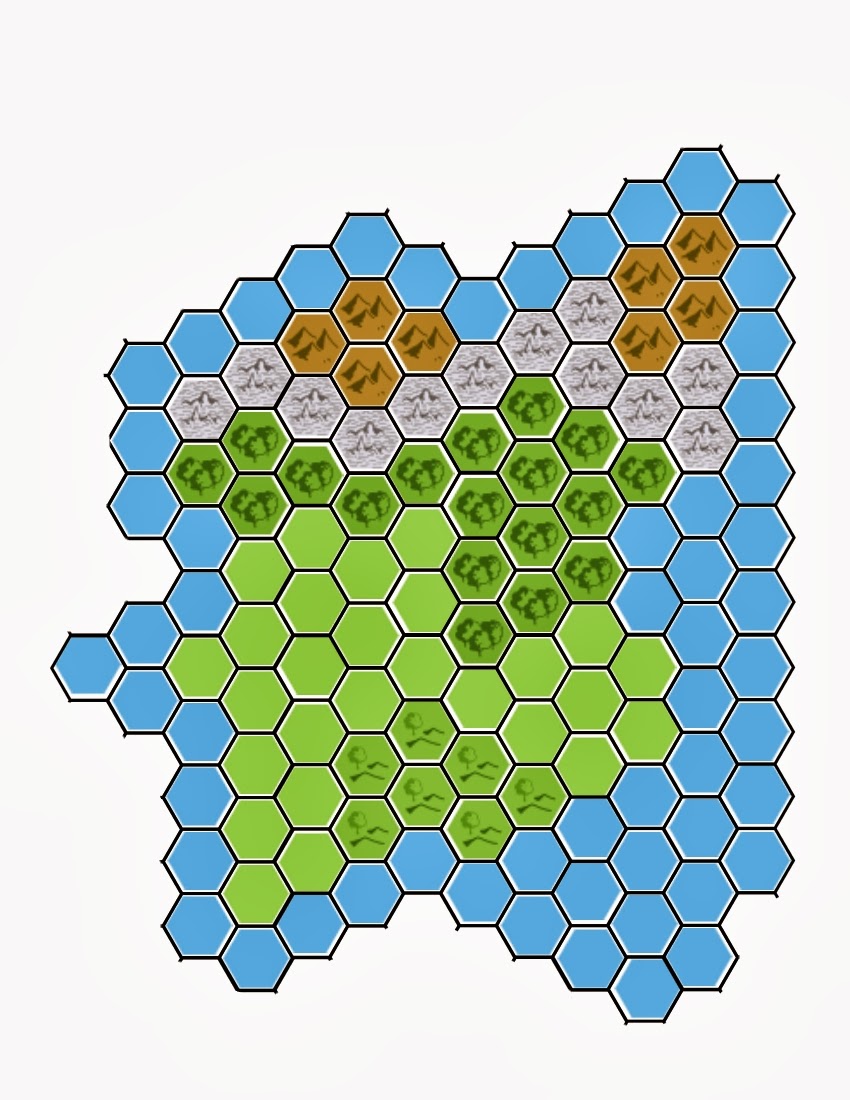 Below is a mockup of the old school looking cover, which I'm going to tweak! Thankfully over at Karens Whimsy there's a ton of free greek god artwork I'm going to have some fun with.   I even managed to find a very slick greek font :) It's all coming together! now more research, stay tuned! 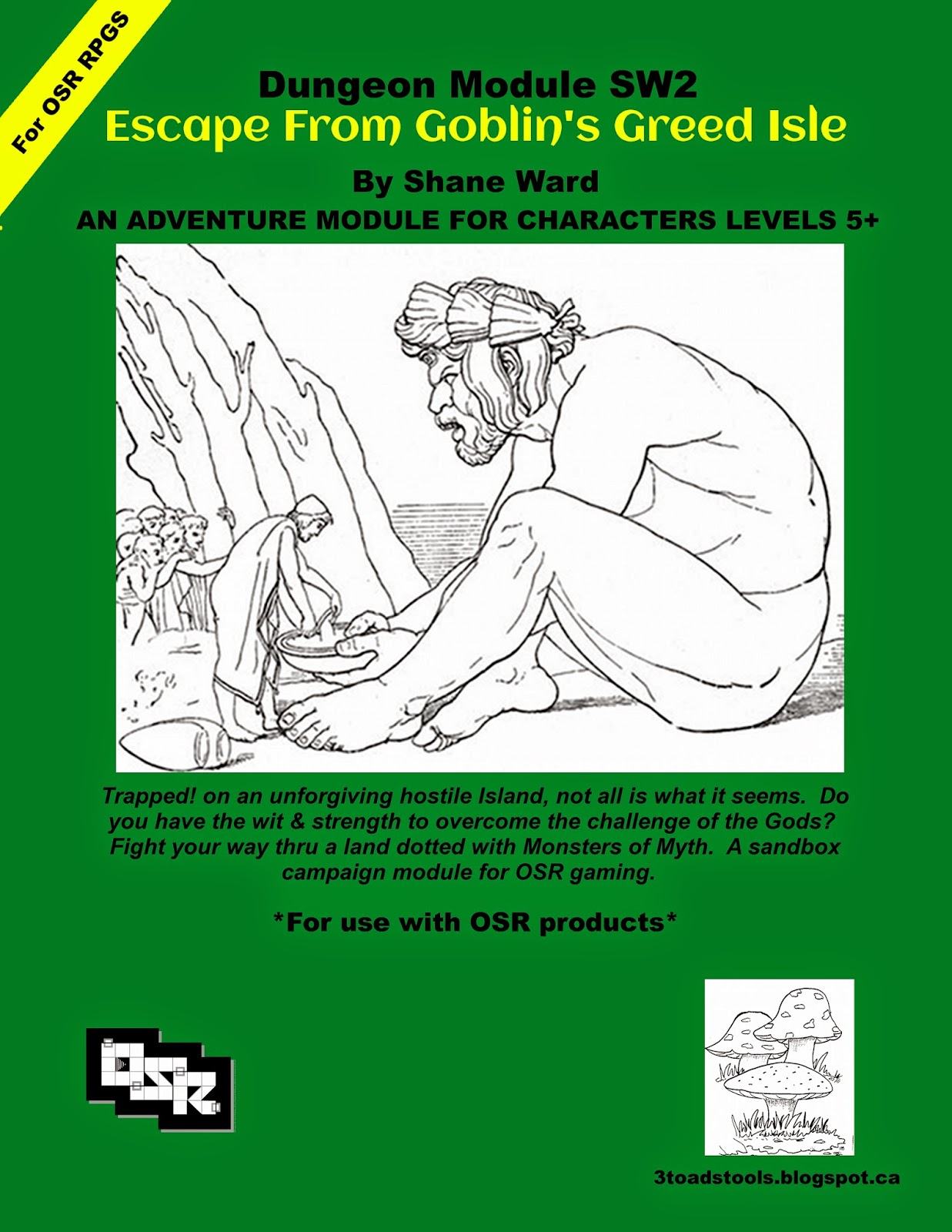 Don't worry I'm still working on the enormity project! I've just decided that I'm not scrapping this idea, cuz there's a nugget of an idea there that's going to be cool I think.