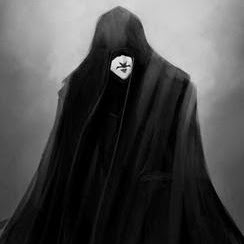 The Mirrorshroud - This cloak allows the wearer to change their identity to that of someone that they have met.  By donning the cloak, the wearer's features & clothes become that of another person.  This is extremely helpful for thieves, assassins or anyone needing to impersonate someone for a day.  In game terms, I believe this should have a limited number of charges, and the cloak will only allow one change per day, the effect lasts the entire day or until the PC takes off the cloak.  *Inspired by Terry Brooks, Shannara Series

The Staff Of The Elven Homeland (Aka The Ruhk Staff & Loden) -  Using this staff a person can take the entire city of the Elves and magically transport with a globe (Loden) at top the staff.  I would consider this a relic.  Within "The Elf Queen Of Shannara", it used to transport the city of the Elves from one location to another.  The Elves within the city live out their lives as if nothing has changed, there is a grey mist surrounding the city, all around the gates, and from above.  Time passes normally.  I am not entirely sure how this would work in game terms, but it could be a interesting quest to move the city of the Elves, or for that matter maybe the city of the dwarfs, in a magic warhammer, etc.  The staff carries magical properties that protect the user and the Elves contained within the globe. *Inspired by Terry Brooks, Shannara Series

Wraith Amulet - This amulet will allow a user to suck a wraith or any undead spirit into the amulet and back to whatever plane of existence (purgatory) they are from.  The Amulet can only be used once, specifically on level draining undead.  *Inspired by Charmed TV Show.