In the spirit of DIY 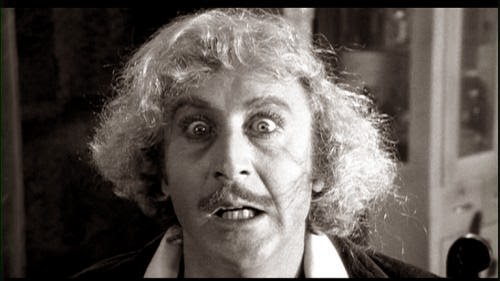 As many of you may already know, I've just uploaded my second module, "The Overrun Mines", which is a 15 page, 2 map module for LL & B/X.  I am hoping that it will be up for sale in the next few days, as soon as I know, you will know!  Spoiler Alert - In my first module "The Caverns Of Ugard" I put a bad assed gangster minotaur.  In the new one there is a mad scientist!  Just trying to change up the idea of bad guys and their motivations.  Upon re-reading Ugard I realized that I inadvertently made him "Jabba The Hut".  Which would be a hilarious idea for role playing! The mad scientist in the "Overrun Mines" could easily be Gene Wilder from Young Frankenstein.

Now onto the reason for this post.  While working on the "Overrun Mines" I decided to use a little Google-Fu and find some decent RPG related clip art to spice up the module.  I managed to find a cool site that allowed me free use of the clipart/images, which was great.  However for future projects I think I am going to take a page out of Zak S from http://dndwithpornstars.blogspot.ca/ book, and try to be as DIY as possible.  Specifically in this post http://dndwithpornstars.blogspot.ca/2014/05/fix-me-fix-me-fix-me.html

Here's some advice from me: Reinvent the wheel. Totally ignore how everybody else did it--they aren't giving people your game. Games need a totally specific presentation and graphic design and every RPG ever has pretty much fucked that up. There are no masters in this field at all. So caveman together some fucked-up folk art layout that you think might serve whatever you're doing. Have a vision and go for it. It can't be worse than what people are already doing and it'll be fun. You might even win an award--we did.

its totally punk rock, and I agree with it, the next time I am going to reinvent the wheel.

Posted by shanepatrickward at 10:15 AM