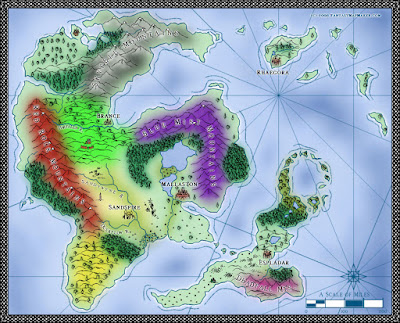 For years the neighboring civilizations of “Udren” and “Oslal” have fought bitterly over land, great wars have erupted time and again.  In this time, there is an uneasy truce between the two nations, however no trade has been welcome on either side.  Any show of force has been met with small skirmishes.


Covers From the capital of Sandspire to Brance everything to the west of the sandywine river.


Province Of Udren
From Mallaston east into the blue mist mountains, to the east their territory ends a few kilometers to the east of the sandywine river.

Each has tried to recruit heroes on either side to try and sway the balance.  Dragons, and monsters etc have been recruited.


One such occurrence has been that the local lord of a small port town (Brance) near the border of the two lands has been allowing trade with the “Udren's” and encampments of warriors have been allowed on the land.  This does not sit with the local populace who have strongly been on the side of “Oslal people”.


factions from both have had skirmishes on the border, but the problem is that the local lord has allowed such things to happen.  word has not got to the capital yet.  The local capn of the “Oslal” riders, wants the PC’s to investigate the town and talk to the townsfolk  to find out any information that they can, and report back to him.


Meanwhile, the other Urden warriors are holed up in an abandoned castle ruin.

*Note: I've left out a few minor details as my players may read this!

Obviously I'm still in the process of writing this thing, but that's the start of it thus far....

The Village Of Brance
http://www.paratime.ca/cartography/bw_locations.html 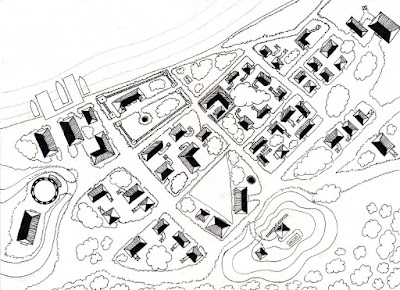 You are free to: