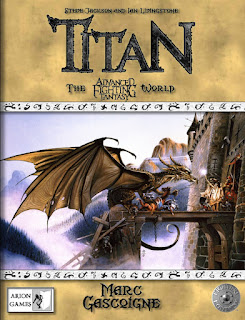 Favorite game world.  Huh... Well I really like Black Marsh although I haven't played it yet.  I have dug the Forgotten Realms over the years, but its become so entirely huge with tons of stories it becomes slightly difficult to run.  I am slowly building my own world for 5e campaign so that one is going to be fun I think.  I like the ability to have just a few notes about something and slowly build it.  Maybe blow it up, and re build it!

You can pick it up here.

Titan contains everything you need to know, covering the turbulent history of the world, from its creation and early civilisations – through the devastating War of the Wizards – to the present-day wilderness and anarchy where the delicate balance between Good and Chaos could at any moment be overturned...

The world of Titan, Allansia to the west is the "Land Of Adventure" where a lot of game books took place. 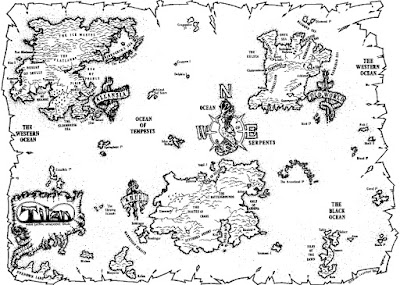