I've previously done this before, but as time as went on I think a few of these answers will change, and hey why not do it again? I'll have to check back and see if I copy myself.  Besides this is always a fun blogging/writing exercise.

I've said this before and I'll say it again (its actually in my little biography about me section)
I first came into D&D and RPG's shortly after I was returned to earth by my alien abductors.  During my time on their spaceship I started to play this strange game called "Humans & Hallucinations", apparently it was based on some game from Earth?  From what I gather some of the Aliens from Roswell stuck around and helped to create TSR back in the day.  Fast forward a few years later, I've been returned to Earth and for Christmas one year I got a copy of AD&D 2nd Edition, which was fantastic! I plotted all kinds of crazy adventures, and played with my Brother and Sister.  As we lived in the country, there was not a helluva a lot to do. 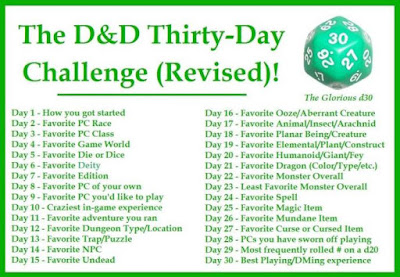 Posted by shanepatrickward at 7:16 AM