Last night, I barely slept.  Mostly because coffee.  I had to learn a few new tunes for my upcoming recording session this weekend.  Since I'm usually bagged when I get home, I decided I'd send coffee to the rescue.  Dumb idea. 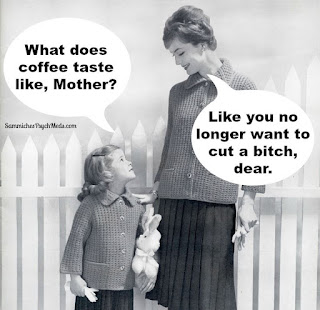 On the docket to learn:
Zero - Smashing Pumpkins
Come Out & Play, and Self Esteem - The Offspring
Pretty Vacant - Sex Pistols

Anyways, after jamming out for awhile, and realizing that I did in fact need to change my guitar strings (tonights to do list).  I realized that I have a old school session coming up and I DON'T HAVE ANYTHING WRITTEN! Insert panic.

And then insert, starring and ceiling and planning things.

The characters are currently on their way to Elerd's Keep.  We just finished up a session, where instead of DMing I switched and became a player for a one off.  (To which I need to write up the play report for that, as it was FANTASTIC and funny as hell).

My head filled with plot ideas, and trying to decide whether I should do the following:

1.  Find some time to write a bunch of adventure paths and a few dungeons for when the PC's get to the keep.

2.  Scrap (and or take a break) the campaign and start a new one with modules, so I have time to work on other things at home.

3.  Alternatively, whilst on the way to the keep they get derailed with Against The Cult Of The Reptile God. Which would leave me a bit of time to finish up the writing I need to do for the campaign.  Problem is I'm a procrastinator by nature, which means I'd just run the lizard bad guys and then be buggered up again, in panic mode.

The other thing I've been kicking around is running "The Secret Of Bone Hill" as the site of Elerd's Keep.  Still kicking that around in my head.

As it stands right now, the plot hooks for the current campaign are as follows (ie the shit that was running thru my head last night):

*A woman's sister has been thrown in the dungeons of the keep, and is unable to afford to have her released.  The twist is, that the 2 sisters, along with another are witches.  One of the PC's had a vision about them.  This would further the story.

*The woods to the north have been beset by a hobgoblin force.  Whilst hanging out at the keep, they meet up with a few wizards who have made a pilgrimage to talk with Elerd.  CUE Gandalf world ending quest situation.

Posted by shanepatrickward at 8:36 AM