15.  Your best source of inspiration for RPGs?

Comic books, movies, even just random TV show plots, I'll often think while I'm watching something/reading "That's a perfect idea for D&D!".  Honestly it could be anything, I've watched a kids cartoon and had a good idea.  Inspiration can come from anywhere.  Recently i was watching a interview with billy corgan and it inspired me just to keep writing things.


16.  Historical person you would like in your group? what game?

I'm going to say that a lot of people would probably mention Gary Gygax, cuz you know he created the game and everything.  Honestly though, you know would be super cool Shakespeare! Playing a Bard.  Also this question really reminded me of Bill & Ted. 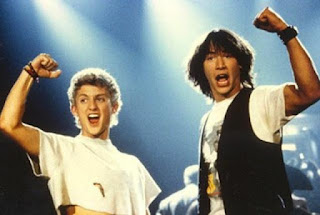 17.  What fictional character would best fit in your group?

I think its a tie, between Samwise gamgee (cuz Sam!) and Bruenor Battlehammer.  Although I'm leaning towards Bruenor, because mostly we drink a lot and play D&D, and having a dwarf with the ability to pull tankards of ale from behind his shield would be awesome.

18.  What innovation could RPG groups benefit the most from?

Some kind of scheduling app.

I've said this before, and I think I made a post about it, but for me the best way to learn a game is to do character creation, and then once I've got a few PC's I run some mock battles against monsters.

20.  Most challenging but rewarding system you have learned?

I haven't really had any experience with challenging systems per se.  I guess I'll just say fifth edition.  Although I'd like to point out that I'm not really finding it rewarding.  For the most part I really like rules lite systems.

21.  Funniest misinterpretation of a rule in your group?

Well, I don't know if I have specific example.  However, we have basically house ruled Charisma checks as "Swagger checks".  Which is hillarious.  Player "I'm going to do the Matthew Mcconaughey walk up to the orc".  Rolls a 20... laughter ensues. 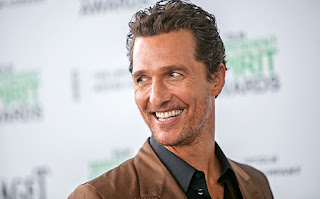 Well since I'm the DM, I'd say that none of the events are random and I've written them all ahead of time.  But that's not the case!  ever.  I am a big fan of having recurring bad guys.  And in my current campaign the scope of that is slowly starting to take shape.