Challenge Of The Frog Lord

After going thru a list of modules for OD&D etc, that some posted on the OSR forums, I found this gem. http://rpgcharacters.wordpress.com/2011/06/11/labyrinth-lord-challenge-of-the-frog-idol/

I love how its totally open ended this module is, with lots of room to add your own little spices!

It appears to be a hexcrawl with a few railroad elements which is nice.  I had previously looked at "Black Marsh" but it seemed a bit too big of a world for me (300+ troglodytes! holy crap in one section).  Obviously its built up for larger groups of players with higher levels.

Challenge of the frog lord its a bit more trimmed down, smaller land area etc.  I believe its for levels 3 - 6, so having the adventures do a few little side quests to level them up would be a good idea.  Incorporating a few other elements from some other adventures would make this pretty friggin awesome!  It honestly makes me not want to write anything when there is so much genius material out there! hahaha. 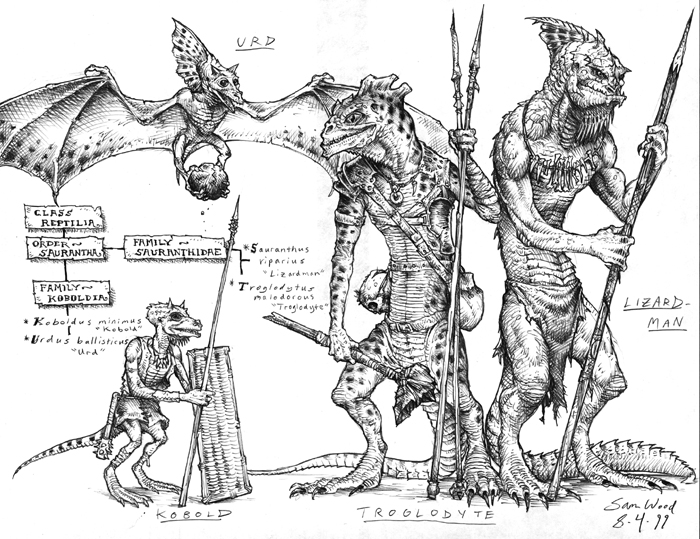 And here's a cool pic! Evolution and sizing of Kobolds , Lizard men, and troglodytes.


Posted by shanepatrickward at 6:50 AM