It occurred to me this morning, that 17th century Scotland would be a fun place to play D&D.   It seems that a great many landowners buggered off to England and followed the king.  Which would likely mean that crime would be more rampant.  As well just people doing their thing, farming etc.  Without a lot of authority, rumours could spread like wildfire.  Not to mention that the population appeared to be isolated.  This is D&D folks!

I decided to google that, and came across this smallish website with some information.

* Map (National Records of Scotland reference: RHP 1096/3. Reproduced by permission of the National Library of Scotland.)
I've personally been looking for a project to keep me busy for awhile.  I'm slowly falling into the seasonal depression thing.  The effect of the weather and the darkness leaves me very lackadaisical.
Obviously the perfect system for this is Lamentations of the flame princess, as it's already set in the 17th century (at least Raggi's default game).
I personally have Scottish & Irish roots, this idea appeals to me.  I mean I got married in a kilt! (That's obviously not any actual Scottish stret cred there, just mentioning it).
All of this combined with the fact that I've basically side view watched Outlander at least 4 times.  My wife is obsessed.  When I say side view, I mean that I'm typically doing nothing, on my phone, playing guitar etc whilst she watches the show.  I should note that the show is set in 1743, so it's a bit later.  But there is some inspiration there.
Here's a little blog post with Scottish folklore & monsters.
https://www.timberbush-tours.co.uk/news-offers/the-creatures-of-scottish-folklore
and some more https://en.wikipedia.org/wiki/Category:Scottish_legendary_creatures 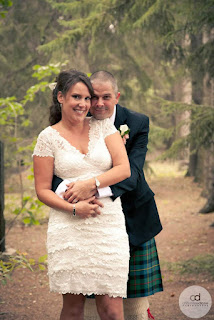 *Photo courtesy of https://www.chantelledione.com/
Considering I've started and not finished the Gygax Challenge numerous times, maybe it's time to do that?  Sure why not.
I think what I'm going to do though, is not follow the challenge in the way it is laid out as I always get hung up.  Instead I think what I'll do is pick a monster from the above list and create an adventure with it.  Then rinse and repeat.  It seems like a more organic way to write stuff to me.
Now to state out a Brownie that sweeps the kitchen while the farmers sleep.  Hmm.... maybe the brownie decided to steal some chickens or one of the farmers kids?   Perhaps.  By the time the farmer realizes it, the child is long gone.  Willie trots off to town to raise the alarm bells, and that is where the PCs come in.
Of course they have been busy drinking and the ravings of the farmer fall on deaf ears.  Until it happens again!

Email ThisBlogThis!Share to TwitterShare to FacebookShare to Pinterest
Labels: lotfp