Here's a bunch of cool stuff!

There's been quite a lot of cool stuff crop up in the last few weeks.  Typically speaking I get most of my news from Mr. Froth, you can check out his site here:  https://frothsofdnd.blogspot.com/

*  Alright first up to bat is The Blood Of Prokopius blog:  http://bloodofprokopius.blogspot.com/2019/07/ba5ic-rough-draft-of-5e-continual-light.html with a hack on 5e called "ba5ic".  This is super awesome.  I will probably do a blog post more about this later, and my thoughts on doing a hack (cuz everyone has one, or is working on one).  I actually asked that on the mewe OSR forum, basically "hands up if you have a hack you are working on".  I think I got about 20 or so digital hands hahaha.  That being said Ba5ic is super cool!  Go check it out.  There has been an edit to the rough draft, you can find the new version here:  https://bloodofprokopius.blogspot.com/2019/07/ba5ic-corrected-edited-draft.html

The Darkfast Dungeons tabletop game is a fun and easy to learn print and play tabletop game for the whole family. This Fantasy Adventure Game expands the game to a full-blown Role Playing Game that's easy to learn and full of nuance and strategy. Character creation takes minutes and creates a unique hero ready for adventure.

The Basic Game includes eight character origins and eight character classes, spells, miracles, magic items and 34 pages of monsters and animals. There are even rules for GM-less and Solo Play! Totally compatible with Save the Day RPG. 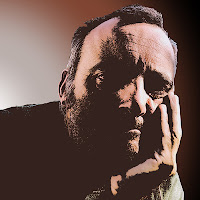 *  DRIVE BY Spikepit isms!
https://anchor.fm/spikepit
If you haven't been listening to Colin "Spikepit" Green latetly you are missing out on some good stuff.  He has started a series of episodes called "Spikepit Drive By" where he pulls no punches. Good stuff. 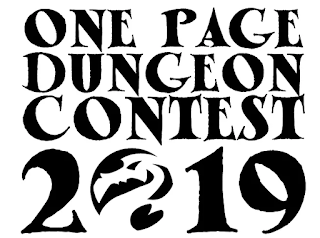 *  The One Page Dungeon Contest winners have been announced! https://www.dungeoncontest.com/
It's nice that they included a list of honourable mentiosn as well.  I appreciate this.
Congrats to everyone! Here's the top 3.

A mage shrinks you and sends you down into the plumbing of his laboratory sink to retrieve a precious ring lost there.
​
JD Thornton "The Buried Pyramid of the Undergod"

An opening has been discovered into the long lost temple of a depraved and violent religion, and the local historian is offering double market value for any artifacts retrieved. The PCs are not, however, the first looters to delve into the buried pyramid! Will they be the first to make it back out?

There’s a 500' tall iron wheel roaming the earth. Legend says there's a way inside the vertical spinning dungeon. Can it be stopped in time?.

I wrote an adventure called "tales of tenacity", you can find it here.

*  Over at http://leicestersramble.blogspot.com/ Vance has been busy releasing a bunch of adventures:

The Lair Of The Mushroom Baron: http://leicestersramble.blogspot.com/2019/07/come-on-in-spores-are-fine.html

Check out the rest of his blog, there's a gold mine of good stuff.  (Vance has made some good use out of Matt Jackson maps)

That's all I got for today, have a good one!

Posted by shanepatrickward at 7:41 AM