I know that a lot of players are not big fans of the whole "trapped imprisoned" scenario as a starting point.  (I'm looking at you Out Of The Abyss!).  However I did come up with a good idea for the start of my mutant future hex crawl.

The players are all tied up on the back of a oxcart, they have no current idea of how they got on the back of the cart.  They are bruised and beaten up, blind folded.

During the night the cart is upturned and the captors are slain by a group of raiders.  The raiders are looking for food and supplies.  The captors are part of a group of slavers, taking slaves off to work in mines, etc. 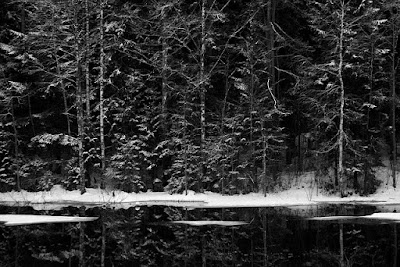 The PC's are freed and left by the cart.  Most of the valuable food supplies are taken by the raiders.  (Who are actually Mounties, a cross breed of humans and polar bears).  The slavers have a deal to sell mutants to slave mines, and any pure humans to the alliance for the re-population of the world (or some such random acronym, the gist is they are looking for pure strain humans for devious means).

In the end the PCs are left with not a lot of options other than to start walking, within the cart there will be a bag of loot.  The starting weapons table!


The mounties - once a police organization to protect and serve, the mounties have become something altogether different. They are now a militaristic group of raiders and bandits.
Pure alliance - the pure alliance searches for pure life forms, untainted by radiation. They hope to breed back humanity.
Opening premise:
The frozen north

The year is 3016, the place the frozen north of Canada, specifically near Winnipeg. After the events of the nuclear holocaust the world was left reeling. The holocaust took place not far into the future of today. During the year of 2032 a freak explosion at the CERN supercollider started a chain of nuclear events around the world. The United States Military systems believed that a catastrophic arsenal had been deployed by other countries. In turn the United States delivered their weapons of war upon other countries. The resulting fallout covered the world in radiation and destruction, forever changing the face of the planet.
Picture:
Miguel Virkkunen Carvalho
Licensed under Creative Commons 2.0


Posted by shanepatrickward at 7:41 AM