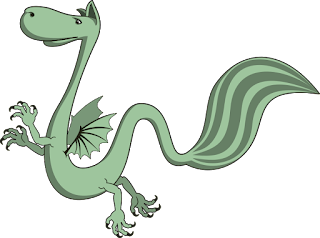 Up here in the great white north, we get basically 3 months of summer.  Spring is kinda melty for a bit then bam summer, so I guess maybe 3.5 months.  I'm sure other gaming groups go thru this in the summer, it's just to damn busy with everything else.  Which I'm entirely fine with.

the city I live in Winnipeg, is notorious for being facking cold 9 months of the year, mosquitoes and great music.  I think part of the reason that great music is made in this town, is because there's not a hellua a lot to do on cold nights in January.  That and hauling gear in -40 C sucks goblin wang.

So people hole themselves up and write and play music.

I think this is the same for gaming, atleast for the groups I'm in.  Our 5e group has attempted to get together pretty much every month this summer, and its just not happening.  It's not because we have better things to do outside (because we play DND on my deck sometimes), its because shit comes up, things that we can only do in the summer.  Ever try camping in the winter? yah not fun.

The nice thing about this little break is, it's giving me sometime to plan campaigns.  For the old school group, I think I'm going to try out my Toadstool hack, and basically run a campaign in Mystara.  Starting with Isle of Dread and we can see where that leads.  I've been working on some of the encounters in Isle of Dread and fleshing them out.  Obviously I won't write too much about it here, as some of my players read the blog on occasion.  At this point I think I'm going to scrap mutant future, everyone was sorta meh on it.  I think it might be partially my fault as I'm not the best sci fi writer in the world.

For our fifth edition group, I think I might run some old dragonlance 2e modules.  I've talked about this before, I have Dragon Knight and I've downloaded the other 2 in the series.  It might be a nice change.

Anyways have a good weekend! I'm not gaming this weekend, I'm going to drink beer in the shade of a large tree and think about dungeons.