Not your David Bowie 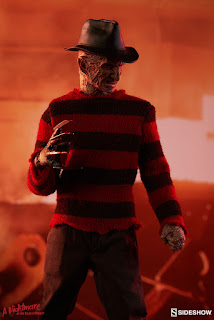 In the back of my brain I've been slowly prepping a mega dungeon.  I finally decided on a system, after talking with my wife.  I said to her "do you want to play fifth edition or old school".  Her response "I like old school less adding!". Done.

So I think I'm going to use Swords & Wizardry Whitebox with the crit tables from the free rpg day DCC.  This gives me a basis to start work.  Alright mechanics aside.

I've long been a fan of the movie Labyrinth.  It's a master piece as far as I'm concerned.  I think playing DnD in a maze would be super fun.  The essential plan is to have a rotating table of characters, so basically whoever can make it gets to play, and the story moves forward.

All of the PC's walk up from a terrible dream.  They are all older, they have wives/husbands and they have children.  The dream is very vivid.  In the dream all of their children are taken by the goblin king, because of reasons (I'm working on it).  When they wake up, they are not their younger selves, they are trapped in a dream world, older & wiser (and let's say fifth level).  Sitting on their night stand is a letter and a large hourglass.  The letter details the location to the Labyrinth. Which coincidentally is right thru the door from their bedroom.

I've obviously have to work on the premise a little bit.  Instead of one of the significant others wishing their kid away to the goblin king, maybe he knows that these children will complete a prophecy allowing him to return to the real world?

My hope is to have this whole place filled with interesting tricks, traps and treasures and of course a few monsters for good measure.  The goblin king will have the ability to fuck with the players in their dreams.  Making them believe that things are really happening when they are not, and vice versa.  He is obviously the big bad at the end.

Obviously this also a wonderful premise for lotfp, so I may change the system we will see.

I'll leave you with this wonderful song.