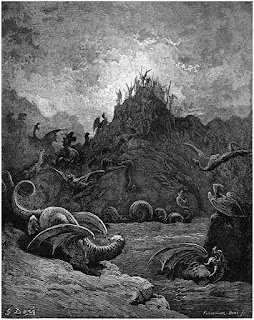 As per usual I was thinking about writing, doing some writing in my head last night.  In the last little while I've stumbled upon a TON of excellent creative commons stuff.  So much so that I'm starting to feel a Open CC project coming on.  A few things first about Creative Commons and RPG's (at least this is my opinion).

As far as links are concerned, here are a BUNCH!

Free Fantasy Maps - There are some super awesome ones here.

Openclipart - You have to dig, but there's some great stuff here as well.

Open Adventure - I have to check to see if this is actually CC or not. .

And of course you can find some amazing artwork at drivethrurpg.com

All of the above could get us started on something crazy big!