Back to the abyss - Session 2, play report.

SPOILERS - OUT OF THE ABYSS. 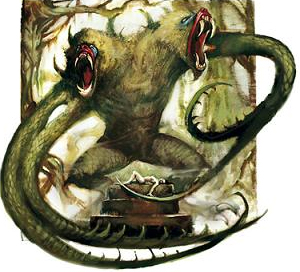 On Saturday morning we jumped back into the Abyss.  While it might seem slightly weird to be playing at 10 am, it was actually quite fun!  A little less booze, and a little more awake.  A few of us had a Moose hockey game that evening, so it seemed like the best plan to play earlier.  We had left off deciding on which tunnel to take.  There were 3 tunnels, one of which went to Blindingstone, which I suggested might be the best option since, I am a deep gnome, and most of the party was banged up from our escape.  So without futher ado, we headed off in that direction.  Out of the Abyss, is very much sandboxey, so everything is left to the player's to decide what to do and where to go.  While this is fun as a player, it can be a bit interesting when nobody can decide on which path to take.  Which is what happened the previous session.

We encountered a few goblins (and leveled up).  Beat the snot outta em, and I lit up a pyre afterwards to slightly cover our tracks.  At some point a NPC fish face (Kuo Toa) suggested that we make for his city, and he be returned.  I guess due to the closeness of it.  We encountered a roving band of Kuo-Toa's who promptly beat us up and took us prisoner.  There was no diplomacy really.  So we get hauled into whatever the Kuo Toa's city is named.  There's a brief discussion that we will be used as sacrifices, but its apparently going to be a red herring kind of a thing so we can escape.  There was tensions between the leader, and some of his relatives.

We get hauled out to this large altar, and all the kuo toan's are chanting something that sounds eerily similar to "DEMI GORGON!"  (BTW We are 2nd level, there's 4 of us players and a handful of NPCs).

Next thing we know this gigantic demonic minion of the underworld comes out of a huge pool of water.  Great cheers arise from the crowd of Kuo Toan's, our captors have smiles on their fishy faces, as we are going to be the next great sacrifice.  We are all told to make a saving throw of sorts, I'm the only one that succeeds.  (thank you dice!).  Everyone is basically stuck in fear.  The DM had everyone who failed roll on a sanity chart (I believe), one of which had to scream bloody murder, then cry, then laugh.  The other had to speak incomprehensible, and the third PC, I can't quite remember as I was still recovering from the scream.

My Druid changed into a rat to atleast flee the scene and re group.  I'm still trying to figure out how to save them.  Thankfully I'm not chaotic.

I'm hoping that it will be mass confusion and we can make some kind of a getaway. 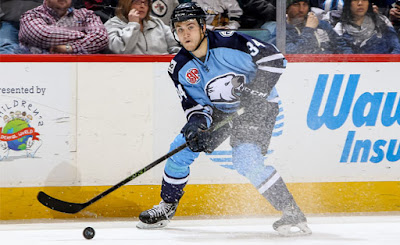 Afterwards we went off to watch the Manitoba Moose play the Toronto Marlies, the Moose lost unfortunately, but were playing the hardest team in the league.  The interesting thing was that it was "Jersey Night".  The Moose were raising funds for our "Journey To Churchill" exhibit at the Assiniboine Zoo.  If you are ever in Winnipeg, its a MUST see!  The jeresy's are currently being auctioned off on ebay.


Posted by shanepatrickward at 7:14 AM