Mini Setting - The Continent Of Crimhuk - The Lost Badlands 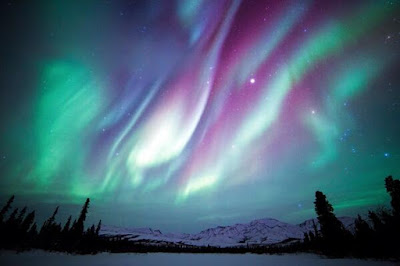 Northwest of the gorge river is the Lost badlands, a un-hospitable parcel of land.  The terrain is dotted with old ruins, and low growing vegetation.  The weather for the most part is cold, winds rage across the plain making it difficult to travel.  In years past the "elders" created large mining complexes beneath the tundra.  Some of them still exist today, but are not easily found.  Among the denizens of the tundra are giant polar bears, mammoths, mountain goats.  Tribes of roaming neanderthals dot the horizon.  They war with each other over resources and food.  Tales of an ancient burial mound to a great king are told in whispers throughout the badlands.  It has yet to have been discovered.  Most merchants will circumvent travel across the badlands, and stick to the coastline of Crimhuk.  However in some cases caravans will make the crossing to the south and the small city of Yahleui.  There are a few small settlements of humans along the gorge river & Crek lake.  Most of these settlements last only a few years before they are sacked by raiders from the northern forest of armta & beyond.

1.  Neanderthal's have raided and burnt a small village close to the Crek Lake.  The fires of the village can be seen for miles.

2.  A traveler has said that he has found an entrance to a lost mine.

3.  Traders are willing to pay gargantuan sums of gold for polar bear furs.

4.  Within a extremely desolate section of the lost badlands is a place of tranquility and peace from the outside world.

5.  Strange glowing greenish lights can be seen in the night sky almost every evening.  Folk say that it signals the coming of the Frost Devils.  It has happened before, and it brought destruction.

6.  A large black circle burnt into the ground has been found within the badlands.  The storyteller goes on to say that she saw a bird land on the circle and disappear!

7.  Large herds of Elk have been seen fleeing south of the badlands for warmer climes.  This is very far from normal.

8.  A vile warlord has been taking villagers hostage as slaves.  People fear for their safety at night.

9.  A small settlement is in need of a guard to secure the borderlands around the village.

10.  Strange floating objects have been seen in the night sky.  Bard's say that these have been seen before, but not for a long time.  Some believe this is the coming of the gods of old.  Monuments have been created in their honour and dot the landscape of the badlands.

Here is a link to the map - http://3toadstools.blogspot.ca/2016/01/mini-setting-conitnent-of-crimhuk.html


Posted by shanepatrickward at 8:44 AM