I've fallen in love with this city already. Basq update

Slowly pouring thru the chapter on the city proper.  Here's a few little snippets.

THERE ARE FOUR THINGS YOU NEED TO KNOW ABOUT BASQ, BOY. First: the idiots who built it did so in the driest, hottest place in the world. Second: there is no law, no government, no gods, only the Guilds. Cross them and you're pretty much dead. - Renalfo Fresk

NOTE:  I purposely left out the rest of things you need to know.  Because I'm an ass.  They are good however!

The trade city of Basq has stood for decades as a bastion of the Merchant Guilds and Settled Lands in the unforgiving Saragubi Desert. Originally built as a small outpost and way station, the town grew steadily in the first years after the “Breaking of the South” as opportunists, merchants, adventurers settled into the area in the wake of the caravan trains that began to traverse the perilous lands.

A few rumours
An ancient god sleeps with in the caves of the pass. (false)

There is a hidden basement below the Inn of the Wailing Siren that holds all of Mina Acker's wealth and treasures. (true) 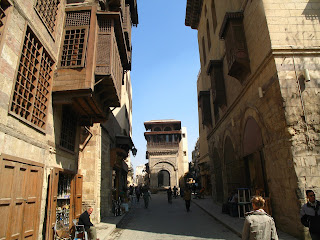 Reading thru the information regarding the city, to me it feels a bit like a bigger version of Mos Eisley, (well without all the star wars no sense anyways).  That and I'm getting waves of Port Blacksand as well.  It's a bustling place, controlled by Merchants guilds.  There seems to be sellswords on every corner, caravans needing guards.  Intrigue & suspicion and adventure await you.

I appreciate that +Johua De Santo has written the following "This is our Basq, these are guidelines, you can use what you want, make it your own, insert, delete things as needed".  Which IMHO is exactly what I would do as I went along.  As you know being the GM certain things work well, certain things you may need to modify.  There is enough information here to get you going, more than enough.

I've heard thru the grape vine that there are a few more maps on the go for this project, I'm stoked.

As a side note, my brain is a bit blarg today, basically cuz its friday and I'm on vacation at 5 pm.  So I'll apologize (as its the Canadian thing to do) that I did not include any extra "shane" tables for this post.  I will probably not be doing a whole helluva a lot of blogging whilst on vaycay, for the most part because I'll be far away from any kind of wifi signal.

Posted by shanepatrickward at 8:07 AM