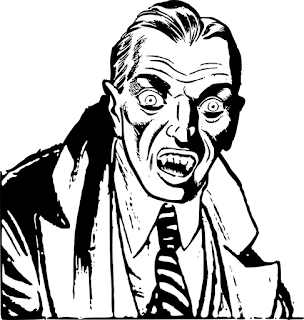 So yesterday was quite fun, when we left off we were in Strahd's castle for some god forsaken reason.  Bunch of 4th level hero's on a path to destruction basically.

Thankfully at the end of the previous session we levelled up, so starting the new session we were all 5th level goofs.

I've started to really enjoy playing my cleric.  At first it was just some numbers on a paper, but I've started to get close to him.  Which is going to blow when he dies.  I am however still planning on going out like a Kamikaze at some point.  Mostly cuz its hilarious.

Because we play every 3 weeks or so, I've found it really helpful to keep decent notes.  While in the basement of the castle looking for Strahd's fathers tomb, we found a few other interesting tombs.  Including an Artisan's (there was a reference to this in the notes, and the Madame had eluded to it as well).  Tomb full of bottles and a coffin.  The whole tomb area was interesting.  I think we spent a good hour of real time looking thru it.

We found what we believe was Strahd's brothers tomb, which was interesting to say the least.  Afterwards we found a very elegant tomb, which turned out to be Strahd's parents room.  There was this large curtain, that would only allow specific alignments thru.  (as to how strahd got in there I don't know).  Anyways, after a bit of fuckery, we finally figured out how all of us could get in the room.  At this point I was basically itching for a fight hahah.  So we look down the stairs at the tomb, see 2 coffins, and a guy leaning on both of them.  He appears to be crying, or upset.

Turns out it's Mr. Strahd himself! A fight ensues, unfortunately we did not have our pet charmed werewolf to help out.  Thankfully we had got one interesting magical item that could "hold vampire", I attempted this, but Strahd managed a save.  After a few rounds of combat, he disappeared into thin air.

Apparently I need to attune myself to the item for it to be extremely effective, however my cleric doesn't really believe in a god, so much as nature itself.  So this may prove difficult at some point.

I have to say I really love the creepiness of Ravenloft.  The church organ continuously playing in the background, the creaks, the random ankle deep water (which at one point I thought was following us.)

Posted by shanepatrickward at 7:31 AM