Re-Looking At L1 The Secret Of Bone Hill 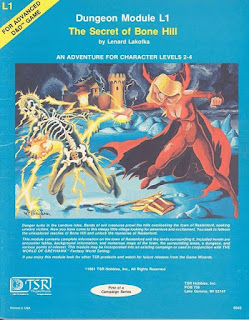 I've been dying to play this module.  I have the pdf somewhere at home and I've read it countless times.  What is prompting this blog is that Mr. Tenkar is giving away this module today.  check out his post.

For the last little while I've been slowly planning a 5e campaign, specifically a wuxia inspired campaign.

BUT SHANE! You are always planning campaigns.

ME:  Yes I know this, but a guy needs to keep busy.

Anyways, I've looked thru some of the oriental series modules and none of them have really caught my attention.  Well other than Oriental Adventures (which I plan to keep handy).

The premise that I've had so far its similar enough to L1 to just basically use it with a few tweaks.  First off this will be for my 5e group, and I like to trim the classes and races down to the basics, but also include the monk (cause it just screams shaolin!) 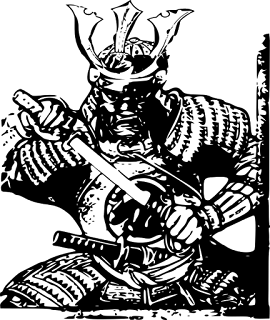 Paladins will be semi samurais, devoted to the Emperor.  While the emperor may not play a part in the grand scheme of things as far as this adventure goes, I plan to have him be the new one, and that the previous one died a untimely death.

Of course rogues will be ninjas, Wizards will be wu jen.  yadda.

Re skinning this shouldn't take a super long time to do.  It'll be very 1st level kind of stuff.  I'll just have to figure out the appropriate monsters to use as replacements.

Just looking at the map surrounding restenford (which I should probably come up with some kind of oriental name for), there's a lot going on!  And the other cool thing is that the setting is in the Lendore isles, which to a degree can emulate Japan. (hey its fantasy right!)

The cool thing is after this module, there are 2 other modules that can easily get poped into the setting.
L2 The assassins knot - reading this, it could totally be a wuxia type thing, with a group of rogue ninjas being the trouble makers possibly.
L3 Deep Dwarven Delve (this may require a bit of fiddling)

Whilst doing some googling I stumbled upon the Restenford Project.  take a gander it might be up your alley.

As a side note, and I've discussed this before it would be relatively easy to turn Restenford into the Village of Homlet.

Posted by shanepatrickward at 8:40 AM