Things are coming together with my MF campaign 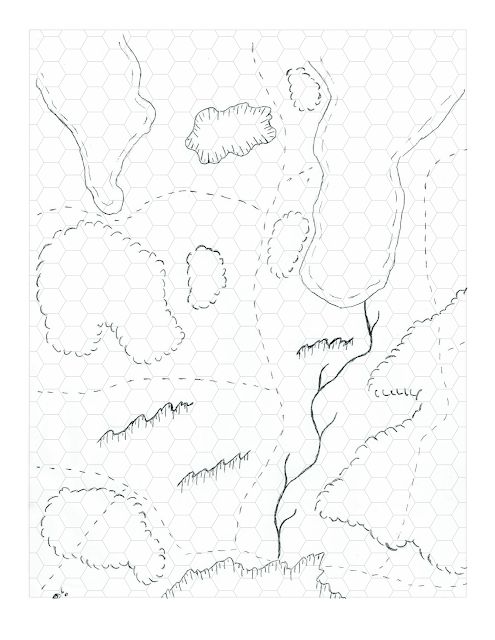 Things are starting to come together with my mutant future campaign.  To the left is the almost done map for the players.  I attempting some shading and a few other things in GIMP and it didn't quite work out.  I just need to fill up a few locations names on it.  It might be a bit to big for actual play.  This is basically Manitoba, although a bit squished.  The giant hole at the bottom of the page is where Winnipeg used to be.  The forest to the east is the Whiteshell Provincial Park.  The forest to the west is Riding Mountain Park (both of which I've been to a few times over the years).  The two lakes are Lake Manitoba & Lake Winnipeg.  The weird line coming from the hole that was Winnipeg is the red river.  (which btw is basically brown).  I plan to have a few settlements left after the big boom (or well re made settlements anyways)  One of which will be Gimli which is going to be close to lake Winnipeg (lake to the east).  The dotted lines are leftover highways.  So that's what I got map wise so far. 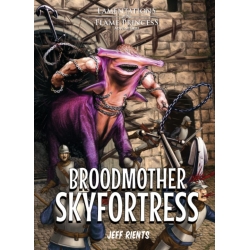 After briefly flipping thru Broodmother Skyfortress (which is fucking awesome btw), I stumbled upon Jeff's campaign checklist (which is a bit more fantasy based, but works in this context with some tweaking).

Note:  I plan to do a bit more of a review of the book when I have some time.  I love that he basically says "blow shit up".  I love that its got an awesome comic book vibe.  And I love that there's some great stuff about running games in the back (taken from his blog). http://jrients.blogspot.ca/2011/04/twenty-quick-questions-for-your.html

So here's my slightly modified version of Jeff's checklist for my mutant future campaign. The nice thing about doing this is it confirms a few ideas in my head.

Religion:  In the wastes there's not always a call for religion, however in my little campaign there will be two.  One will be the whole "children of the bomb/atom" thing taken from Fallout 3 (I'll have to put a unexplored bomb somewhere).  The second will come from Canadian Aboriginal teachings.  While not technically a religion per se, it is a spirituality.  It is also passed down thru generations thru oral stories.  To learn more you can go here. In the game world it will be very based on treating the environment better.

Buying of standard equipment:   Gimli is going to be the basic town for the adventurers to hang out in.  Eventually it may get over run or blown right up.  In the meantime if the players want to buy some sticks and stones, this will be the place to go.  Random wasteland traders and scavengers will stop in town from time to time.  Their inventory will be in a continual state of flux.  The players may not always be  able to buy a new spear, etc.

Finding Non standard equipment, ie "where can we get laser blasters":  There won't be any kind of shop or boutique to buy future equipment.  The players are going to have to beg, borrow or steal this stuff. There will be lots of military installations, etc that they can find these things.   Getting them repaired though? that's a different story altogether.  I think there will be a tech nerd out in the wilderness that repairs things for a fee.  A rather substantial fee.

The overlord:  This guy is a bad ass (think Neegan), not only is he rich, he's powerful.  He has an army of  mutated things to go out and do his bidding.  He taxes the local areas, provides protection, etc.  Basically big asshat.

Healing:  I plan to have one hospital that is heavily guarded, the twist however is that the workers of the hospital are looking for pure strain humans.  They can provide some types of healing, however at a cost.  If they do find some patients that are pure strain, untouched by mutations, the patients become property of the alliance.  The alliance is attempting to re create humans as they existed prior to the BIG BOOM.

Sages:  Somewhere in the wastes there will be a group of tribal elders who are aware of the past, they will have some answers.  I'm going to go with them having a library of books they saved, found, etc.

Mercs:  There will be plenty of mercs, some within Gimli, some in other areas of the world.  I may create one bigger city that is under the control of the Overlord.

Illegal weapons:  I'm going to guess that carrying a laser pistol in the Overlords colony will be against the law.  As well it will be confiscated pretty fast.

Drinking Establishments:  Gimli, the tavern is going to be named something after the Nordic Roots of the town.  (real life, check the Gimli link).

Terrorising Monsters:  Hmm Brood Mother!  As well I have to relook thru the MF baddies and see what else I can think of.  This one I have to do more research to answer.

Wars:  The last remnants of the RCMP (who are now basically raiders) will be fighting for control of the lands against the Overlord.

Gladiatorial Arenas: I hadn't quite thought of this, but it could make for a brutal part of the game.  I may have to do this in a hockey arena in Gimli.

Secret Society's & Factions:  As above there is the RCMP, The Overlord, The Pure Alliance, The Children of the Atom (or something), The Gimli Guard, Traders & Scavengers, The Mushroom Folk (Bunch of stoners who live in a huge hole in the ground that spend their lives getting high and growing shrooms, oblivious to the world above).  Also a inadvertent plague happened creating zombies near Winnipeg.  That's what I got so far.

Sustenance:  Most of the mutant animals/plants will be based on actual Manitoba animals.  So I'm guessing mutant bison steak will be at the top of the list of delicacies.

Treasure:  There are a few military bases here currently, Shilo Base, Kapyong, I will also create a few N.O.R.A.D. bases for flavour and extras.