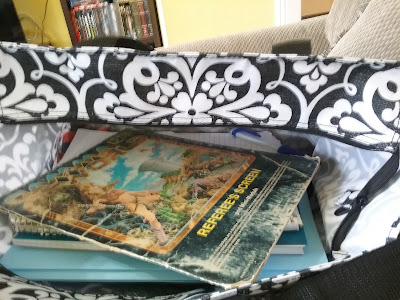 Last night we reconvened the old school group to play some Mutant Future!  I have been so excited to run this.  Now that I have had the opportunity to, I have a few thoughts on the game.

On monday evening, my wife and I created a character for her.  She decided on a mutant plant.  One smart thing she did was not decide on exactly what type of plant she was until after we finished rolling up mutations.  She decided that she was a cactus named "ouch!" because that's what happens when people touch her (she is covered in thorns).  Character creation took a little while the first time around (more time than just regular old school D&D).  Last night we got together with the gang and created everyone elses characters.  I wound up with another mutant plant (Juce the apple tree), a mutant human, a mutant animal Komodo dragon (arrfllahgh!) and a android SPAH (which stands for something super entertaining that I can't remember off hand).  All of the rest of character generation went reasonably quickly, as none of them were allowed weapons whatsoever.  So there wasn't the long shopping trip like usual.  It seemed like a bunch of the players managed to get the "Immune to cold" mutation, which kinda sucks for me, oh well. 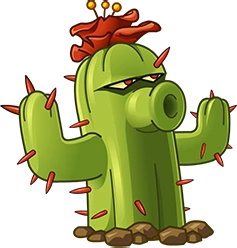 The premise of the adventure is nuclear winter, 150 years in the future in Manitoba, Canada.  The players are strapped down to a slave wagon and are promptly rescued by a group of royal Canadian mounted police (humanoid polar bears, cuz right!).

The polar bears leave them to their own devices.  They loot the bodies of their captors, and find a hex map, a note for delivery of slaves to the "pure alliance" plot thread, and a key.  The key we will get to.

The slave wagon was being hauled by 2 spider goats.  Cue "I'll never sleep again!" being yelled by one of my players.  I even included some fun sound effects like hissing "bah" noises.

The players decide to set off in the direction of the polar bears that rescued them.  After a few hours they catch up with them.  The apple tree throws a apple at one of them to get their intention.  The MP's introduce themselves, discuss a few plot threads and then decide to camp with the group for the evening.  They build an igloo.

The next morning the players decide to go back towards the slave wagon, as there is a small town near there.  It is at this point they realize they are in Manitoba.  The town is called Gimli

walking past the slave wagon, they notice a scavenger looking thru it, kicking a metal box on top of the wagon (which they previously didn't notice).  They scare off the scavenger and take a look at the box.  One of the players uses a mutation to blow the box open.  Inside they find their old equipment, leather armour, some backpacks, rations, and a few pen caps.  I have each player roll 1d6 for a starting weapon.

NOTE:  The currency in my game was going to be CAPS, however every time i said "caps" the players thought I said "pencaps".  So from hence forth, pen caps is going to be the currency. 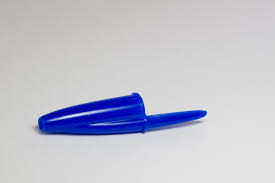 The players make their way towards Gimli, they find the gates of the town built out of old cars.  In a beaten up old apartment building a guard stands duty.  A large evergreen tree mutant holds a semi automatic rifle.

Most of the inhabitants of Gimli live underground where it is a bit warmer.  As I only had so much time, I created only what I thought I would need.  a tavern and a shop.  I used actual names of locations in Gimli.

The players decide to check out "Riverside Pawn" and find a large burly proprietor named "Newman!" He has a pair of glasses, with one broken lense and is quite frugal with his prices.  Anything in the game book that is 10 GPs and under is available for sale.

Newman is in need of some delivery men and women to bring some tech to a guy named "whiz" who lives in the forests to the east of the town.  The caveat is that the tech needs to be secreted out of town, so that the tech hungry MPs don't get their hands on it and confiscate it.  Newman gives the players a few hand grenades and some old school muskets as payment.

He also talks to them about how the political atmosphere has become a problem in town.  The current mayor's rule has been called into question by the MPs that live in the area.  Due to his overwhelming mutations he hasn't been making good decisions.

After a brief stop at the tavern "Dockside Inn", and a bit of information gathering we called it for the e evening.

Now I have some more writing to do.  I didn't have enough time to sit and create every single hex, so I am going to have to do that.  Now that I know which direction they are going.

Thoughts on the game.

I decided to use descending AC and roll under ability checks.  I was a bit hesitant because I thought the players might have an issue with it.  They roll with the punches no problem.  What I did find however is that I need to create myself a games masters screen.  I know there is one out, but I'll just work on it myself.

A few things were a bit of a problem for me:

The mind attack matrix was problematic.

Any attack with a mutation? Obviously if its a mind attack I roll up the willpower of the baddy and have the player either A.  roll over that for it to take effect, or B. use mind attack matrix.  I had considered doing an opposed roll, but seemed more problematic.

If its a physical mutation attack, i wasn't sure if it should be automatic? or if its should be a regular attack roll?

I think what I'm going to do is create a basic saving throw table for monsters based on HD.  Regardless of what type of saving throw it neesd to be.  That will make it easier for me.

Other than that I thought mechanically the game went very well!


Posted by shanepatrickward at 9:36 AM