It's your turn - An interview with Glynn from Monkey Blood Design.

1. How did you get your start roleplaying? What system did you use?

Back when I was around twelve or thirteen, a good friend of mine introduced me to the game.  We initially played Mentzer Red Box D&D, and then moved onto AD&D, which is where I started to DM games myself. 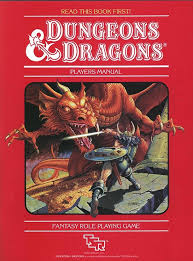 On G+ about 3-4 years ago, although I have collected all the old modules for years, so finding the Revival/DIY scene was fantastic!

3. Tell me about Monkey Blood Design, How did it start?

I was painting miniatures/modelling, as well as drawing map symbols and posting my work on G+.  I was contacted by ProFantasy to work on a symbol set and that pushed my brain into thinking that what I was doing was worthwhile and valuable to others.  I then decided I would formally build on that and created MBD. It really took off, and I’ve had little spare time since haha 😊

4. Tell me about your upcoming release “The Midderlands”?

My first ever MDB-published work was The DemonStones.  It’s got two flavours, Pathfinder and S&W Complete.  This was effectively an experiment to learn about the whole self-publishing scene and see if I could do it.

I see that as the groundwork for The Midderlands.  Firstly, here is a link to the G+ page where I put a lot of the WIP posts;

The Midderlands itself is a twisted, medieval-fantasy version of a region fifty-miles across centred on where I live in England.  It’s an S&W Complete-based, OSR, mini-campaign setting with bestiary of monsters/NPCs and race-classes, and a hex-map, and whilst it’s not a hex-crawl, it could be used as such as some hexes are described.

Midderlands sample/WIP map below (keep in mind this is a WIP and things will change a bit, it's however super friggin cool!). 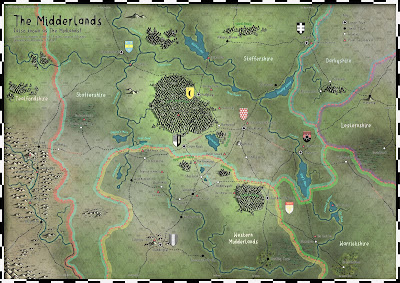 I like to think that the book contains a lot of “game-juice”.  No rigidly-defined character and history, but more seeds to allow a GM to go where they want with it.  I’ve tried not to over-describe everything, but just make it engaging and hopefully useful and fun.  Many of the locations exist but I’ve put a Midderlands spin on them.  For example; Blacken Rock in Hex 1816 is described as such;

For a start, it’s not black. A large, dark-grey boulder some ten-feet across sits here next to a small pond. This boulder is not of local stone, and there appears no explicable reason why the fifty-tonne piece of solid hellstone should be here.  Hellstone is only found in the northern parts of Scrotland. This strange stone is flecked with crimson glass-like deposits, and reported to ward off evil spirits. Many “treasure-hunters” have tied to chip off chunks of this super-hard substance - all to no avail. No-one has ever managed to budge the boulder, not even Big Owge from Alderwych.  It is based on this in real-life; http://www.geograph.org.uk/photo/2652579.  I’ve worked on a lot of the setting writing, and setting look-feel, the initial creature illustrations, cartography and layout.

These endeavors are rarely one person’s work though, so I have had help from Edwin Nagy with the creature/class builds and mechanics. He has done a lot of work with Zach over at Lesser Gnome (now Frog God Games) with Death & Taxes and The First Sentinel. Edwin worked with me on The Demon Stones conversion to S&W previously, and he’s awesome! I’ve also got some supplemental artwork in progress with Jim Magnusson. We have mutually admired each other’s work for quite a while and it’s been great to have him on-board the process.  It’s still work-in-progress, but currently weighing in at 150 pages in A5 format at the moment. I expect it to be PoD with some way of getting printed versions of the setting map (which I have to finalise). I have a liking for profanity too, so there could be swear words involved – be aware.

5. What are you currently playing?

I don’t get to play as often as I would like as the day-job, family commitments and MBD take up pretty much all my spare time. I do however currently play in an occasional campaign of The Cthulhu Hack by Paul Baldowski. It’s a friend’s game and I play a Smuggler called Joe Malone.

When I was younger I played in Lankhmar A LOT.  I even overthrew the overlord and ruled it.  For years it was Forgotten Realms though.  I played Dungeons & Dragons Online for a few years and really got to like Ebberon.  As it stands nowadays, I really like the Astonishing Swordsmen & Sorcerers of Hyperborea setting created by Jeff Talanian.  I worked on the large world map for the 2nd edition, soon to be released) so I got to study it in detail.  Jeff has created a beautifully-rich setting and game.  Also, I’ve spent a lot of time working with Venger over at Kort’thalis and his Alpha Blue setting is a marvelous kaleidoscope of gonzo, sleazy sci-fi action with extra pleasure! 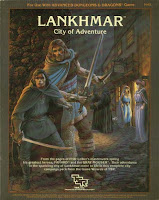 7. Tell me about your art & cartography, when did you start? What your influences?

I’ve been a technical drawing guy since I left school, so that’s has shaped a lot of the ability.  I’ve always loved to draw since I was a kid, so when all that comes together with a hobby you love, it’s like a dream.  I love the work of Mike Schley, and going old school Paul Ruiz (Geoff Wingate) of the UK series of TSR modules and Imagine magazine.

Artist is probably anyone from the 80’s that worked on Citadel products, like Tony Ackland and John Blanche. Author is Raymond E. Feist (Magician, Silverthorn, Darkness at Sethanon)

I loved the 3E City of the Spider Queen – I GM’d it and wiped the party out in Szith Morcane.  Not sure if they have forgiven me yet. I have fond memories of playing CM3 Sabre River
(https://en.wikipedia.org/wiki/Sabre_River) and the gold piece hoard, as well as the Lankhmar modules.

10. When you get a chance to play a character, what type of PC do you like to play?

Usually a meat-head fighter if I don’t want to do much thinking. There is something intensely satisfying about rolling big dice when you score critical hits. 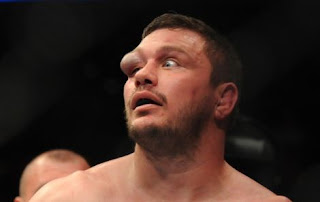 Crikey, there is so much. The amount of talent is overwhelming.  The Scandinavians are creating some of the best-looking stuff I’ve seen outside of the indie-scene.  Tales of the Loop, Mutant Year Zero, Symbaroum – lovely to flick through and admire art and layout alone.

12. Would you rather be a Tiefling or an Orc? 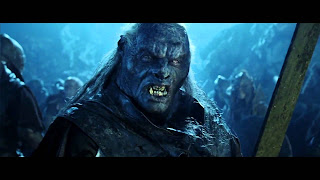 13. What are the plans for Monkey Blood Design this year?

Get The Midderlands out, and continue to offer my services. Hopefully I will be as luck this year as last. I’ve got all manner of personal projects bubbling away. I’ve also worked on a big project for LotFP for 13 months, so that should manifest this year, as well as Clint Krause’s Driftwood Verses, Venger Satanis’ Trinity of Awesome Returns, Jeff Talanian’s AS&SH 2E, Liz Chaipraditkul’s Monster, amongst others.

We don’t have Cheezies here in the UK, but they look like Cheetos in the US or cheesy Nik Naks here in the UK. Nacho chips are presumably Doritos in the UK. To be honest I don’t like either much… but give me Smokey Bacon-flavoured anything and I’m like a rat up a pipe.

15. Where can we find you on the web?
My web-site which I really, really need to update and restructure;
http://www.monkeyblooddesign.co.uk

I am always found lurking on my Google Plus stream;
https://plus.google.com/+MonkeyblooddesignCoUk

Posted by shanepatrickward at 2:00 PM