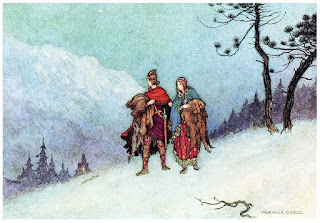 1.  Local furrier needs raboxxen fur for clothing.
2.  Travelling book salesman wants to complete his set of encyclopedias.
3.  Solar panels are needed for water treatment plant.
4.  Gang of motorcycle bandits has taken over community gas station and claimed it as their own.
5.  Sinkhole opened up outside of village, revealed a series of complex hallways underground.
6.  The annual mushroom growing contest is happening! and you have been selected as a judge!
7.  The population of a small town has been entirely replaced by clones, the originals are nowhere to be found.
8.  Local cartographer needs an escort, will pay well.  (Cartographer has anterior motives)
9.  Small clinic has been burned to the ground.  Investigate.
10.  River dam was destroyed flooding a nearby village.  Find culprit and repair dam.
11.  Rumours that an ancient flying machine was located in the forest.
12.  New religious cult has appeared and become quite popular, find out why.
13.  Locals have started glowing in the dark recently.
14.  Corpses of villagers have been found early in the morning, with their throats ripped out by teeth.
15.  Five black helicopters flew over the local village, they went in a westerly direction and were slowly descending.
16.  A good source of water is needed for crops.
17.  A strange monument is being built outside of town, no one knows anything about it.
18.  An expedition has been planned to locate other towns to trade with.
19.  A courier is needed to sign a peace treaty with another local community.
20.  Strange lights appear in the sky every Wednesday.

Posted by shanepatrickward at 9:40 AM