It's your turn Mike! - An interview with Mike Evans from DIY RPG Productions


1. How did you get your start roleplaying? What system did you use?

I had been a fan of the RPG genre in video games since NES days and playing Zelda and Final Fantasy, but didn’t’ know there was such a thing as tabletop role-playing until I was in my teens.  I started role-playing in 1995 when I was 15.

The first system I was exposed to was AD&D and loved it, but the game fizzled out after two sessions and I started playing in a Shadowrun 2e game.  About six months into playing, I decided to start running my own Shadowrun game.

After about a month of doing that, I was playing and running AD&D games as well.

I moved from AD&D to 3.x and played that for about a decade.  I really got burnt out by the bloat of 3.x/Pathfinder and all the munchkin bullshit that came along with it.  I hungered for quick, deadly, and rules-lite.  I started researching and delving into blogs about old school role-playing.  I started fiddling with stuff here and there, but nothing solid.

It wasn’t until 2008 that I REALLY got into the OSR and it was Lamentations of the Flame Princess by James Raggi and Vornheim by Zak Smith that it really just clicked for me.  The sheer amount of content that the OSR community generates is fucking mind-boggling and inspiring!  I was hooked.

3.  Tell me about DIY RPG Productions how did it start?

DIY RPG Productions really just started as an homage of the “damn the man” punk mentality that I hold dear.

My wife drew what I now use as my logo.  At the time, I had no aspirations of starting a publishing company, it was just a rallying cry I wanted to put on my blog.  I was so fucking tired of the ceaseless wars about which edition is better, who’s dick is bigger, and all that BS- so my symbol is there to say, “Fuck it!  Do what makes you happy and what allows YOU to have fun.  Don’t give a shit what others say or think about your fun time.”

Eventually I started writing Hubris for Dungeon Crawl Classics and Jez Gordon suggested I stop just doing the blog thing and publish the setting.  That’s when I started pondering if I wanted to submit it to another publisher or do it myself.  I realized very quickly I wanted to do a publishing company that would allow myself and others to publish on their terms and unapologetically.

When I was pondering my next project, I was really wanting to run a Mad Max/Fallout-style game, but nothing out there really vibed with me.  I like silly, I like stupid, I like quick and dirty rules.  So I stated kinda mulling what to do.  Several things were going on at that time: I was reading Tank Girl and thought it would be fun and hilarious to run a game that was of that style, I was playing Borderlands a bunch with my friends, and I was watching shit like Dredd and listening to a bunch of punk rock (I love punk rock- pretty much my go-to music).  All this shit was mulling around in my head.  I had read Chris McDowall’s Into the Odd rules about six months previous and really loved it; they are quick, easy, and fun!  All that shit merged together and lit a fire under my ass.

Death is the New Pink is a gonzo beer and pretzel game that is great for one shots and good for long term play.  It’s doesn’t take itself seriously and players take the roll of Meat Bags going out into the wastes or into the Catacombs (a huge dungeon beneath the last remaining city, Scratchtown), to kill Nefarios (bad guys), find Doodads (high tech gadgets), and get drunk before dying a wonderfully epic death!

You can get Death is the new pink here.

I’m running my group through the Forever Dungeon, which is inspired by an episode of Adventure Time where there was a ceaseless dungeon on a train that just kept going in circles.   I’ve run two sessions thus far and it’s been a bunch of fun!

I guess it would be self-serving to say Death is the New Pink or Hubris, but I’ll do that anyways.  I wrote those two settings because they are the type of things that interest me.

Not cranking away on myself, I’d happily campaign in Feral by Jez Gordon (I love TMNT and think Jez is nailing the feel), Trey Causey’s Azurth (who doesn’t want to go to the Candy Isles?!), go through Operation Unfathomable by Jason Sholtis, flounce through Hot Springs by Jacob Hurst, or a horror game in Demon City by Zak Smith.  Those are the campaign settings that have really caught my eye recently (or for awhile in the case of Feral and Project Unfathomable).

If I had to choose official D&D stuff- I’d be Dark Sun or Ravenloft all the way.

Hubris is definitely my labor of love.  I started writing a horrific gonzo setting and, as I mentioned before, Jez Gordon really egged me on to publish it.  So I figured DCC would be perfect fit for the rules!  DCC is so wacky and crazed and heavy metal, I was excited about it!

I took inspiration from stuff like Conan the Barbarian and Lovecraft, but I also am heavily influenced by John Carpenter’s The Thing, Evil Dead 1&2, Army of Darkness, and heavy metal bands like Slayer, Anthrax, Marilyn Manson, TOOL, and Pantera.

I threw in a healthy dose of the weird/gonzo like Alice in Wonderland, Tetsuo Iron Man, and other shit and figured out my world.

When writing Hubris, I knew I wanted it to be different.  Too many RPG settings have that “fight against the darkness and be heroes and find the light!” and that shit doesn’t interest me too much.  I like street level superheroes and street level adventures (which is why I like Fafhrd and the Grey Mouser so much).  I wanted to emphasize that hopeless battle and that even IF you do stop the darkness, people aren’t going to give a shit.  They’re too busy worrying about their own asses.

I also knew I didn’t want it to be filled with fluff.  Too many settings try to be special unique snowflake books filled with histories and plots and characters and none of it really impacts a table’s campaign or even comes into play.  I wanted the book to be useful to a GM.  When developing the world, I created d100 charts for random encounters and interesting locations that can be used on the fly.

I wanted the book to be hackable for those who had no interest in playing in a bleak world like Hubris, but wanted a nasty swamp territory for their world.

There will be more released for Hubris in the future!

Editors note:  Mike one an award for this awesome book! 2017 Ennie for best electronic book.

My favorite local artist is Cordell Cordaro.  I love his use of colors and style. 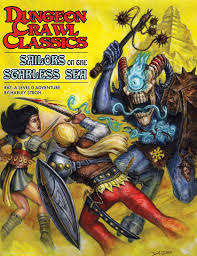 Vornheim by Zak Smith, Scenic Dunnsmouth by Zzarchov, Death Frost Doom by James Raggi, and Sailors Under the Starless Sea by Harley Stroh are my favorite adventures I’ve run for my players.  They are fun, unique, and easy to use.

editors note: It's amazing how many people say that they really dig Starless Sea, I must get it.

10. When you get a chance to play a character, what type of PC do you like to play?
I tend to play warriors, rogues, or rangers.  Not huge fans of wizards and clerics.  I fucking hate bards.
Editors note:  Apparently no one in the osr community likes fucking bards.

Hands down, it’s the DIY community.  The ideas and collaborations that come out of it are truly inspiring and awesome.

Dwarf.  I can be a grumpy “get off my lawn” kinda dude at times- oh and I love good craft beer- so it makes sense. 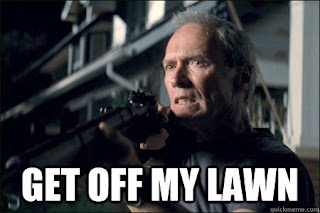 13.  What are your plans DIY RPG Productions for this year?

2017 has been a good year for me as a budding publication company.  I released two of my own books: Death is the New Pink and The Starrunner Kit: The Black Hole Edition.  I signed David Lewis Johnson to my label and we released Gathox.  And Hubris won a Silver ENnie for Best Electronic Book.

2018 is going to be busier!  For my own projects, I’ll be releasing Barbarians of the Ruined Earth, Death is the New Pink: Going Medieval on Yo’ Ass, High Noon: A Gritty White Box Western, Orcs: A High Octane Adventure for Hubris, and am working with Kelvin Green on the Forever Dungeon module for DitNP: GMoYA, and a DitNP comic book.

I will be launching a kickstarter for Zak Smith’s awesome Demon City RPG, Donn Stroud is writing a Hubris module, Kane Cathain is writing a DitNP module, Dan Domme is writing a module for DCC called The Temple of Laserface and the Kung Fu Masters of the 4th Dimension, Zzarchov has written a DCC module called The Ghoul Prince, and David Lewis Johnson is working on a Gathox adventure!

Thank fuck for coffee and booze!

editors note:  Holy Cthulhu your a busy dude!  and ahmen to the coffee and booze.

14.  Tell me about Gathox Vertical Slum?

GathoxVertical Slum is written and illustrated by David Lewis Johnson.  David created a gonzo city setting that rests atop an inter-dimensional world-hopping godling that travels for inscrutable reasons.  David was inspired by Kowloon Walled City and created some awesome classes and tables that ooze flavor.

One of the shining points of Gathox is the gangland mechanics.  It’s really easy to create gangs, fight for control of territories.

Aliens, mutants, spellslingers, and hardened criminals struggle for dominance in a lawless city built upon the back of a wandering, world-hopping godling. Inside this tome you’ll find:
* A fully mapped and fleshed out Vertical Slum, stuffed to the gills with greedy factions, hook-laden NPCs, and seedy locations.

* A new gangland system for running domain-level games at level 1.

* New classes, skills, ability checks, hirelings, and gear for players to work their will across the mean streets of the Great Spire.

* A vertical dungeon introductory adventure to test the skills and resourcefulness of new and seasoned players alike. 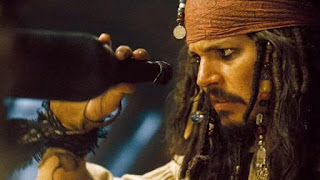 Editors note:  Thank you very much for taking the time to talk to me Mike! I appreciate it!
If you liked this interview, I've posted a bunch on my blog as well as 2 compilations of them on drivethru (For free)

Posted by shanepatrickward at 1:09 PM