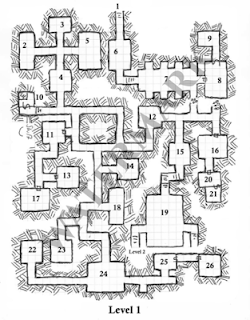 20  This room contains a makeshift study, there are a two book shelves and a large table in the centre of the room.  Three figures stand over the table in the torchlight pearing at a musty map.

The magic user has a few things on his mind.  Roll 1d4