Toss those old tired troupes out the window 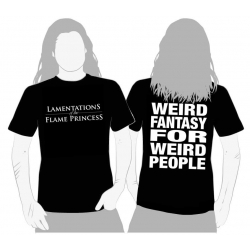 After our entertaining and much needed DND session on Saturday, I had a head full of ideas.  It's been a good 3 months since I played any games, our 5e group got restructured and our old school group has been on hiatus with other commitments.

When I got home I had some ideas for a 5e campaign rolling around my head, However I doubt that I'll be running any 5e in the next year or so, as we have 4 DMs in the group.  My thoughts were swirling around doing something extremely weird, extremely extravagant, and not typical Faerun type of nerding.  Don't get me wrong, the wotc campaigns are fun, and in most cases elegant depending on the DM.  The idea of throwing a group of seasoned players into a campaign world that is not typical gives me a gleeful smile.  Maybe at some point, as it stands I've got some time.  TOA is going to take us a good year or so to complete (it's a once a month nerding).

On sunday night I started flipping thru Red & Pleasant Land, and Lamentations of a Flame Princess (thanks for the awesome review of that James, you got me pondering.)

Our old school group has been playing Basic Fantasy, and they quite like it.  I was thinking if I wanted to run R&PL and LOTFP, it wouldn't be too much of a stretch for the players as far as the rules are concerned.  And as a side note, the old school group are a bunch of weirdos and metalheads.  So R&PL would be a perfect fit.  The group is also very into roleplaying, rather than roll playing.

Sunday night I started flipping thru the 5e DMG and was thinking "Alright I could totally convert this to 5e, but egad it's going to take me awhile".  I managed to find a few good resources on the webz.

But then it occurred to me, While I would be delighted to run it as a 5e campaign with the current set of players, I am unsure as to whether they would get it, or if it would throw them for a loop.  As a one shot possibly? still a reasonable amount of work for that.

The old school group however, it's right up their alley.

I asked Zak if anyone had made up a table to get adventurers from a "typical fantasy campaign" to Vovoidja.  My thought is that Vovoidja is an alternate reality, and that it doesn't occupy a psychical space on the map.

In the back of my head I was thinking "alright I'll run em thru a basic dungeon, small town kinda thing with lotfp, and then by some interesting happenstance we are officially off to chase the rabbit". 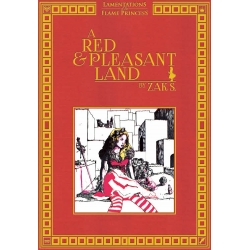 Rather than do that, because of above I decided instead to do just what lotfp is about.  The setting is dark and stormy England, 17th century.  The players are in a small tavern near the docks.  Maybe they investigate a horror in the basement of the pub? Maybe they find a looking glass in the attic? Maybe there's some slugs?  They all have sidearms (black powder), one of them could be an Alice.  And we go down the wormhole.....

So the table to get a bunch of players from a typical fantasy world to R&PL is as follows:

Posted by shanepatrickward at 9:06 AM

Email ThisBlogThis!Share to TwitterShare to FacebookShare to Pinterest
Labels: lamentations of a flame princess, red and pleasant land