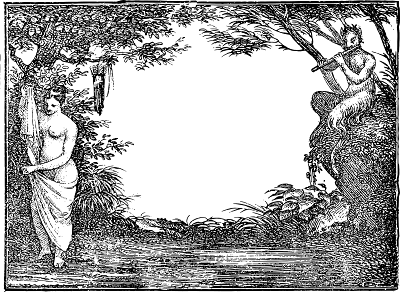 And so it begins, the first real snowfall, the one that will probably last.  It's a weird time of year, when the inevitable starts to creep into your soul.  It's a good time of year to reflect, to think about things that you want to accomplish while being stuck inside for a good few months (like 8 or so).  Sure there are crazy Canadians who enjoy this weather, and spend time outside.  Those people are nuts.  All kidding aside, I do have a few things that are on my mind today.

I'd like to start world building more on this blog.  So the following are ideas for a plane of existence I've been working on.  The theme is Greek Mythology.  The plane is into between life and death, a place where restless souls go.  There is however life within the plane.  When the dead cross over, they are sometimes left in purgatory, wandering the wastes of this little section of Hade's realm.  Eventually they may make their way to a small city.  Within that city, are jobs in the afterlife.  A whole community of people who are not completely aware that they are dead.  Eventually they may end up in the fields of punishment, or Elysium.  Until then, they work.  The city is guarded by the evil Dracaenae.

You might ask, how this plane came into existence? Here is the story so far.


Long ago the telchines were scholars, seeking to learn about the ways of nature.  As their power grew so did their knowledge.

As time passed they yearned for more, and struck a deal with the god of knowledge, increasing their power ten fold.  The telchines were deceived by a god of trickery, believing that they were in communication with a god of knowledge. They were already masters of the elements and now had the ability to warp living things. The forests and plains in which the Telchines inhabited slowly became warped from their power. Living things rotted, animals died, strange abominations grew.

A group of satrys swore to put a stop to the evil of the telchines, the resulting war was one for the ages.  Many died.


During the battle some of the telchines were into a void. Hades saw the land for what it was, a place to keep the souls of the dead.

Not much is left of the original lands, a few miles perhaps in each direction. The peninsula has become the domain of Hades, a purgatory between life and death.  The people who lived will find their way out of the peninsula to Elsyuium, the ones who did not move on to the underworld. Across the dreaded plains the near dead make their way towards the city and death.

Most mortals believe that the world ends at the Northern coast, it does not. The cliff of the coast is many miles down, below the ocean waves smack against the rocks. All one needs to do is take a leap of faith, one step off. They will find themselves in the land of the dead (one of many).


Once you are in, there a only a few ways to get in and out of purgatory.  All the monsters the reside within the peninsula carry small trinkets that can be combined together into a rod that will open a portal.  Finding a lost telchine you may be able to get you out.

PLEASE NOTE: As the idea is slowly forming in my head, and has been for quite some time things will slowly change. I have about 11 pages of notes at this point.

Posted by shanepatrickward at 7:51 AM

Email ThisBlogThis!Share to TwitterShare to FacebookShare to Pinterest
Labels: the peninsula