Rather entertaining evening last night.  Was hoping to finish up the starter set, but we got a bit derailed.  The PC's went off to Wyvern Tor to take care of the Orcs there, and see if they couldn't get a bit of information out of them.  Having just had a good long sleep they were up and ready to go.  They got a bit lost looking for the crag, and had to have a over night nap.  Being the players they are they wanted a "long rest".  But being the slightly evil DM that I am, I had a bunch of Hobgoblins ambush them while they were sleeping. 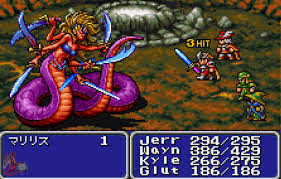 The next morning the PC's found Wyvern Tor, destroyed the Orcs, and are now on there way back to town.  The Orcs were down a long hill, throwing spears at the PC's.  For most of the battle the PC's had advantage on rolls tossing crap down at the orcs.

After we wrapped 5e for the evening, I grabbed my copy of Basic from 81, and the "endless tunnels of enlandin".  Everyone rolled 3D6 in order, and decided what kind of character they would be after the fact.  I managed to get a thief, a cleric and fighter.  The fighter however went off to bed, so the other two hired a few goons to give them a hand.  Once inside the tunnels, they managed to take out a few kobolds, then had a discussion with a family of kobolds about what was going on within the dungeon.  At that point we started talking about something else, the convo swayed and I think we basically pooped ourselves out.

It was interesting to go from 5e to Basic.  I think it was also a bit interesting for the players as well.

At some point I'd like to run em thru a bit more of that.  Actually I really dug Enlandin.  It be a fun on going campaign actually.  Nice little 5 level mega dungeon, which I've discussed before in this blog.

As far as the starter set is concerned, I think I am going to have to write some off the rails stuff very soon.  2 of the players have read the starter set adventure, and to a degree it is sort of going as planned.  Even though the adventure is a sandbox.  It seems they are picking the right paths, to get to the end goal.

That said, there's some internal strife with a paladin and a warlock, shortly after leaving the rebrand's base, the PC's were covered in 8 feet of slime, which encircled them.  Out of nowhere a Marilith appeared.  She wheeled and dealed with the warlock, and suggested that if he didn't do what he was told he'd be destroyed.  The quest as such is to find 6 pieces of an ebony map.

Posted by shanepatrickward at 8:12 AM