Mini Setting - The Continent Of Crimhuk - The Isle Of Tunga 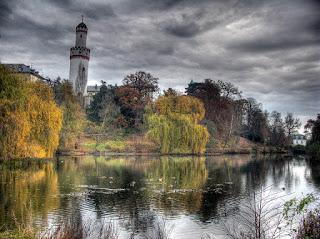 Located east of the city of Yahleui is the Isle Of Tunga.  Within the isle is the small city of Tunga, which houses the descendants of the city of Yahleui.  They are in fact sister cities.  The monarchy of Tunga sent out missionaries, tradesmen & merchants to work the land to the west, Crimhuck.  Years ago the crown was usurped by the Merchant's guild's within Yahleui, and they have since ruled the city.  That being said, there is still strong trade between the two cities.

The current monarch of Tunga, Uchdryd Llwellyn The 3rd would like to reestablish Tungan rule within Yahleui.  Rumours have circled that he is in talks with the Harr-Gar of Tilla and the Gandalah from the Frozen.  A possible war is on the horizon.

The isle is made up of mostly swamp land, very few if any vicious predators still remain on the Island, having been hunted to extinction years ago.

The current Tunga army is in tattered remains of its former self.  Having just finished defending itself from occupiers to the south. 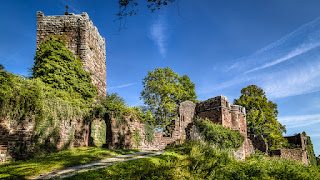 Tunga is known as a very smart city, there are university's and higher learning institution's dotting the city.  Certain taverns in the wealthier parts of the city play host to philosophical evenings where Sages discuss and debate the merits of pretty much anything.

The city is decadent.  Most citizen's live lavishly, some off the profits of trade missions, other's from illegal activities.  The use of narcotics and the trade of which has increased ten fold in the last few years.  Brothels, bathhouses, and general house's of ill repute can be found on most street corners.

It is said that beneath the isle of Tunga is a huge underworld of tunnels & treasure.  The ancients had meetings with some of the races from under Tunga.  Word has been past on since, that has went from rumour to legend.  No one nowaday's is entirely sure if this is in fact just a rumour, or that it is true.  The northern half of the island, is not well charted, as most of the population lives in and around the city of Tunga.  If I was a foolhardy adventurer I'd start there.  (just saying).


Posted by shanepatrickward at 2:55 PM