Mini Setting - The Continent Of Crimhuk - The Southern Swamp Lands

South of the city of Yahleui along the coast are the southern swamp lands.  A dangerous place filled with dinosaurs, lizardmen and mucky things that gurgle in the night.  Pirates camp along the coasts, making it difficult to land anywhere near the swamp.  Deep within the swamps are old ruins, some of which are pyramids.  These pyramids are triangular in shape but with squared off tops.  Ceremonies by the tribes of lizardmen are performed here.  The swamps are ruled by the Lizard King, although he isn’t actually a lizard, but a reincarnation of a god.  Or so the Lizardmen believe.  In fact, he’s just very good at talking his way into things.  An opposing tribe of lizardmen believe that he is not in fact the messiah, but an imposter.  They seek to subvert his rule, and find the lost tomb of the original lizardmen god.

A rather strange doctor lives within the swamp, he practices strange ritual mutilations and sacrifices.  His intent is to create a new type of being, using genetic manipulation.

Normally there are no traveller’s thru the swamps, merchant caravans tend to skirt the edges of the swamp.  The coastline is littered with the remnants of sunken ships, plundered for their riches.

There are a few small villages of human tribesman throughout the swamp, they trade with local merchants.  A warlord has been slowly enslaving them to work in mines in the Reglas Desert.

Northwest of the swamps is the Regla Desert, another inhospitable place. 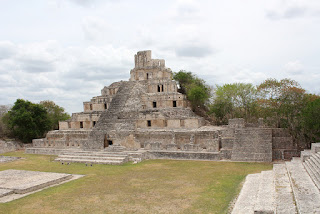 Posted by shanepatrickward at 2:23 PM