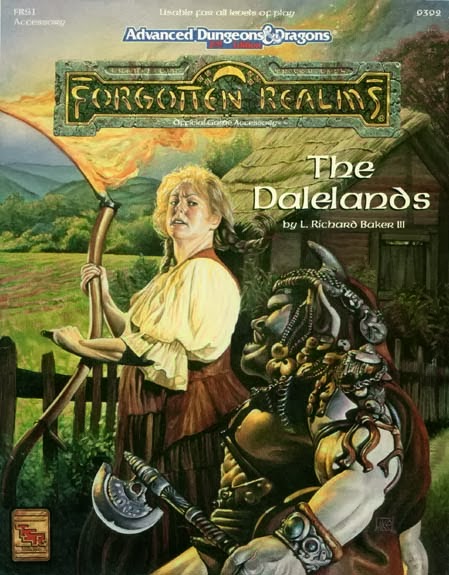 When I was a kid, I got the "Running The Dales" source book, then as time went on I got the Forgotten Realms Campaign setting, which was alright but just so big! like mind boggling big.  Anyways, I've been re-reading the "Running the dales" book lately, just for giggles.  Its sorta the perfect setting for fantasy type world, well at-least for me anyways.  So this upcoming weekend, I'm running the Chaotic Caves (which has a keep on the borderlands kinda of feel), and although I quite like the module, I was thinking where exactly is this world? In the module all you get is a map of the area close to the town where the adventure is set.  There's a bunch of keyed encounters, (which is quite handy).  I've also added a few more including the "Old hermit" from the keep, so its a bit of a mash up.  There is also the "Caves" which have a keep on the borderlands feel as well, however there missing the evil priests, and its mostly just monsters.  This got me thinking!

I had read somewhere that someone running the keep on the borderlands, used the priests as basically "these evil priest's that are gathering a hoard of monsters to overtake the keep"... Which I love! however that also got me thinking of the Zhentarim.  And while reading running the dales I read thru the chapter on "Teshendale" and I put a few things together,

I need some history & a world where the chaotic caves are set - Teshendale
I need a name for these evil priests - Aha! the Zhentarim!

and I've been wanting to run the dales again, so its all working out.

Here's some info on Teshendale (the way I figure, I can explain the town in this desolate dale, as a new town that has just grown up.)  That and throughout the Chaotic Caves, there is a variety of encounters with old dungeons, and long forgotten farm lands, it works perfectly.

The other thing I think I'm going to do, is basically do a mashup of the both of the modules.  Basically, rather than running the "town" in the Chaotic Caves, I"ll be running the Keep from the keep on the borderlands.   But I'll use the map and encounters from the Chaotic Caves.  Also I'm stealing the "old fort" from the Morgan'sfort Campagin.  so its a total mashup. 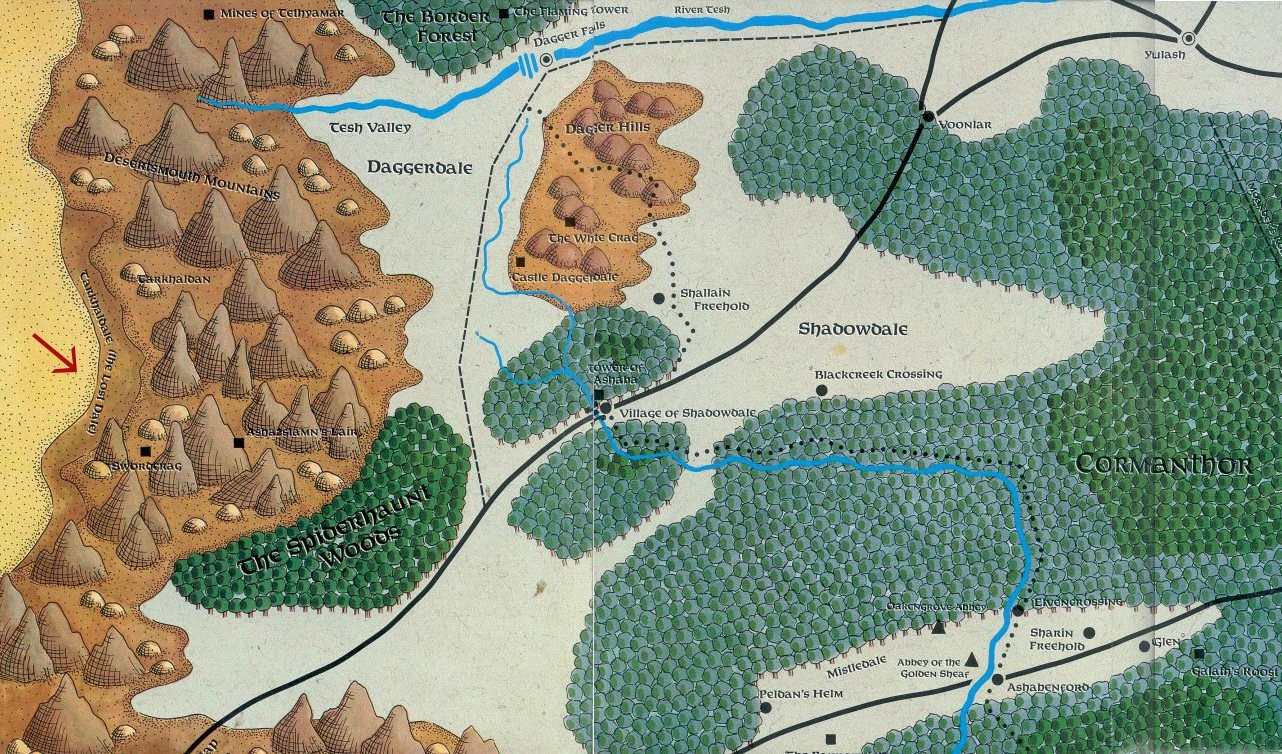 Situated along the valley of the River Tesh, Teshendale was a lost dale once occupied the territory spanning from Zhentil Keepto the Desertsmouth Mountains. Now, the area is covered in ruins, as in 1316 DR[1] it was invaded by Zhent forces and orcsworking for them; the people were slain, ensalved or driven away, the valley was quarried and the granite used to build vast sections of the walls that protected Zhentil Keep[2].
Although no longer part of the Dalelands, the cities of Teshwaveand Snowmantle remained under control of Zhentil Keep until its destruction; Teshwave, once the largest trading community in Teshendale, was a staging area for Zhent nonhuman troups and mercenaries. Snowmantle, located along the edge of the Border Forest, was a Zhent logging camp.[2].
The Dales Council continues to keep an empty seat for Teshendale as a reminder of what happens when the Dales do not stick together.[1]