RE: In response to the darkside of this hobby (loneliness & sadness). 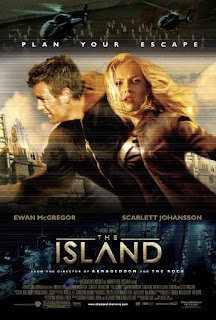 In case you are wondering "What the heck?".  This post stems from a few sources, first the original video. https://www.youtube.com/watch?v=HHjScERTulI

And here is a reply from +Samwise Seven RPG https://www.youtube.com/watch?v=UinUBnB0jkE&t=133s

and +Eric from Bloat Games https://www.youtube.com/watch?v=lBuT-YsRGdk&t=106s

The videos do shed a positive light on the topic.

Here's my 2 cents.  First off I grew up during the 90's "Mellon Collie & The Infinite Sadness" era.  I remember talking to a friend once about the 90's and he said the following "I'm amazed we got out alive".  Mostly in reference to the massive amount of depressing music.  Alright, that was a wee bit of a tangent.

My personal opinion is similar to Eric & Sams, I don't find the spare time part of the hobby depressing whatsoever.  Honestly it gives me something to do, something to think about, especially when I'm doing menial tasks.  As I've often stated I walk to work in the morning, and that is my time to think about RPG things.  And then promptly post a blog about them when I get to work.

This post isn't about the darkside of forums and shit slinging (see the next post on that).  This is really about the time GMs (and players to a degree) spend sitting at home coming up with ideas, reading, creating.  And how sometimes it can be a bit depressing I guess, when as an introvert you aren't really doing anything (ie playing the game).

Honestly I really enjoy this aspect of the hobby.  And its really funny how inspiration might strike.  Watching a movie, talking to a random person at the bus stop (that guy would be a perfect NPC!)

As an example this morning I was thinking about the movie "The Island" with Ewan Mcgregor, and how it could be a interesting idea to attempt to incorporate into a mutant future campaign, or maybe a traveller world.

I guess if I can somehow wrap up this ramble, I'm always thinking about things, working on the hobby, and I have never seen it as a downside.  In fact I think it gives me some purpose.  Prior to getting back into RPGs I spent an inordinate amount of time on the internet essentially doing nothing, and playing video games for hours on end.  Now I've worked on a ton of cool projects, released some adventures myself, I'm playing in 2 RPG groups.  It's been a wonderful change for me.

The blog is going to be on hiatus for a bit, I'll be back in a week or so.
Posted by shanepatrickward at 7:06 AM