Just came back from Comic Con, which always reminds me of when I was 12 playing with G.I Joes.  Partially because the wonderful vendors have all of the awesome stuff that I wasn't able to buy when I was a kid, still in the damn box! And of course random Cobra Commanders, Snake Eyes & Baroness's walking around.  Of course I wore my Cobra shirt to the Con.  (Note next year I maybe dressing up as a Mandalorian Meric, but that's a story for another day). 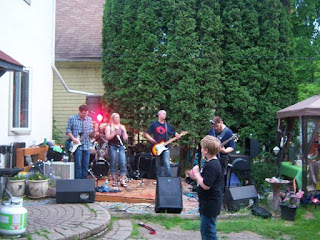 And I digress, as with most things, I find my brain automatically going to RPG's, pretty much whenever I'm in a new creative situation.  Within the latest DMG there are rules for future tech weapons.  Which I have and am still considering running a future world/mars, possibly post apocalyptic one off  kind of adventure. 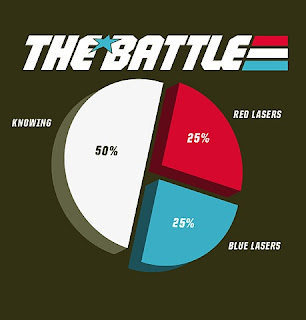 That said, those rules for future tech would fit perfectly into a G.I. Joe style game.  Of course there are also rules for Wujen (or however that's spelt), basically Oriental weapons.  That combined with the rules for Assassins (Thieves) you can pretty much create Ninja's easy peasy.

What I'm trying to figure out is the different character classes within a game like this.

Obviously you have Ninja's which are a huge part of the G.I. Joe folklore, there's even a Samurai character which would also be easy to figure (some kind of fighter, possibly with a cleric type background, or maybe a paladin?).  Then you've got your Jarhead types, straight up fighters, or barbarians type class.  You got your techy guys (hmmm a twist on a wizard perhaps?).  Espionage (well Ninja again, or thief per se).

Then I gotta write a bunch of rules for aerial combat, and overland tank combat.  I think I'd like to drill down to adventures involving the PC's breaking into a bad guy type base to stop some horrible crap they've thought of to end the world.  The background (GM waves hand) is the field battles.  Obviously I'd start the adventure with the PC's dropping behind enemy lines into a swamp possibly from parachutes.

Could be cool?  Do able? possibly!

Posted by shanepatrickward at 9:01 PM