Well this one is going to come out of left field for you D&D types, My favorite game world is TITAN.

You can find it here - http://fightingfantasy.wikia.com/wiki/Titan_(world)

The latest version of the Titan source book was published by Arion Games, which is available for purchase.  I suggest you pick it up, its a GREAT world to adventure in, regardless of the system you are using. 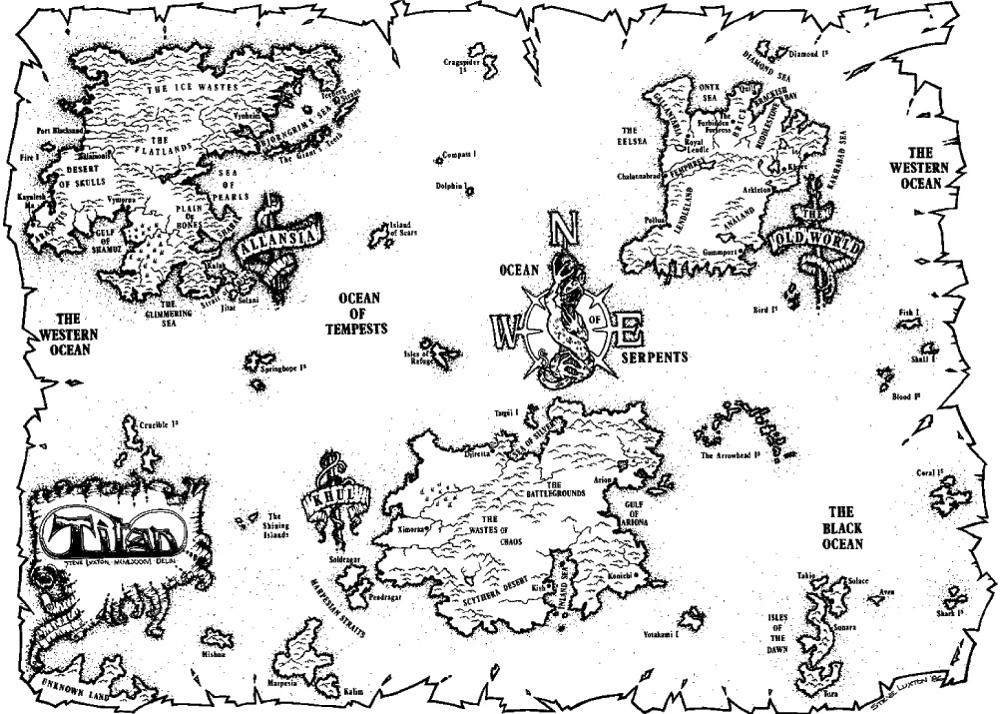 The world of Titan is an extremely dangerous place. Mankind and its allies huddle in fortified settlements, for beyond the castle walls the wild lands stretch across three continents. Out in the wastelands, Orc tribes war with each other for dominance. Savage monsters roam at will in search of food. Evil sorcerers ready their inhuman armies for battle. No one, surely, would venture out into such inhospitable places - unless the rewards were so great a hero couldn't possibly refuse!

A good percentages of the adventures I ran using Advanced Fighting Fantasy where on the continent of Allansia.

You can find more information about Allansia right here - http://fightingfantasy.wikia.com/wiki/Allansia_(continent)

[It] may offer the greatest prizes for a daring, ambitious adventurer, but it also offers the greatest dangers. Throughout the land, the Forces of Evil are drawing together, growing ever stronger. In the north, corrupt humans bring forth wild magic into the world, knowing little of what they are really doing; and creatures are stirring in the southern swamps, things that will ultimately affect all of Allansia.

The other world I grew up with was "The Forgotten Realms"  specifically this box set (for AD&D 2nd Edition).  We adventured in "The Dales" , which seems to be from my experience where a lot of people ended up adventuring as it was very tailored to it.  I also ended up running some adventures in Cormyr.

Here is a wiki for the Forgotten Realms