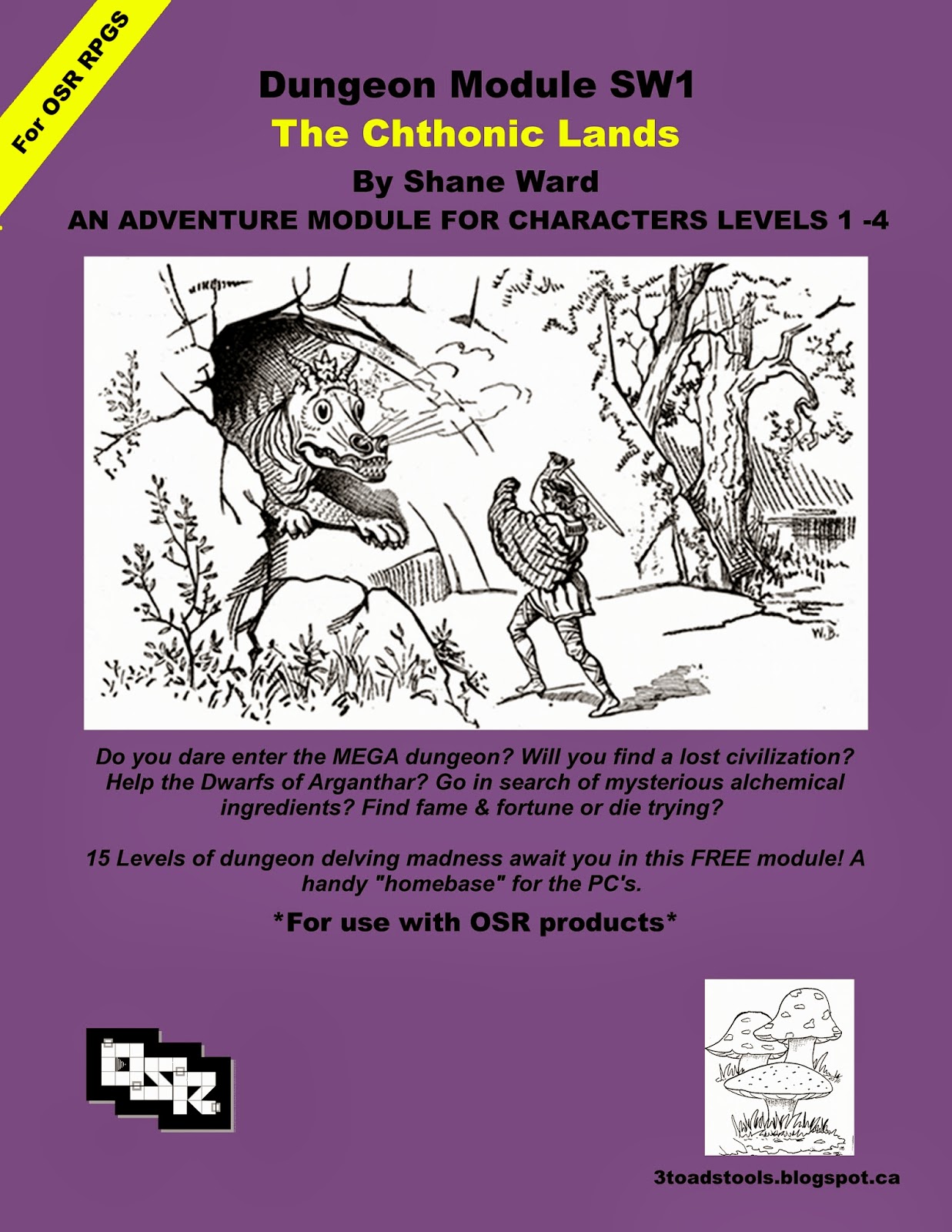 After a bit of thinking I decided I'd better change the name of my module, as there are a few versions of "Delve" used in the retro module market.  So being the googler that I am, I checked "term for underworld" and came up with "Chthonic".  Which has quite a nice ring to it I think?  I also found a nice little gif clipart of 3 mushrooms, so I'm on the way to having a design that's looking a little better.  Also Chthonic has a bit of a Cthulhu ring to it doesn't it?

I updated the design.  (see right)

Chthonic (/ˈkθɒnɪk/, from Greek χθόνιος – chthonios, "in, under, or beneath the earth", from χθών – chthōn "earth";[1] pertaining to the Earth; earthy; subterranean), apart from its literal translation meaning 'subterranean', its historical or interpretive definition designates, or pertains to, deities or spirits of the underworld, especially in relation to Greek religion. The Greek word khthon is one of several for "earth"; it typically refers to the interior of the soil, rather than the living surface of the land (as Gaia or Ge does) or the land as territory (as khora(χώρα) does). It evokes at once abundance and the grave.

Posted by shanepatrickward at 7:37 AM