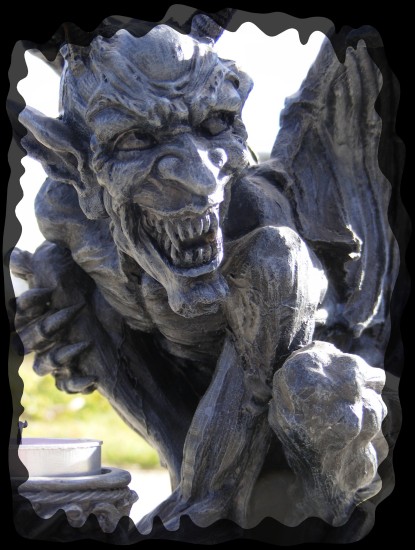 By happenstance, Day 13 also fell on Friday the 13th! Awesome.  This one is a bit difficult for me, but I quite like all traps, especially when they are done sneaky and the PC's forget to "check for traps".  I recently ran an adventure where there was a Skeleton in the room goading the players to move forward while firing arrows at them, of course they walked forward and fell into a pit trap!  Another one I created lately was a Evil Idol Statue, that if screwed with created lighting in the room.  Basically the PC's came in to the room and felt a very evil presence emanating from the statue, one of the PC's tried to pry some Gems off the statue, and the lighting commenced, (this would have also happened had the PC's attempted to consecrate the statue as well).  Obviously Evil, and had there been any evil characters in the room, it would not have done this.  As far as puzzles go, I haven't ran many, but have found a ton of good ideas out there that I'm hoping to use eventually.  I do like the occasional riddle,  I wrote one about a Dragon, that was easy enough to answer, but was very poetic.  The kicker was it was written in Dwarfish, so a skill check was needed to confirm the PC's would be able to read it.  Another thing I'm working on is Crystal keys, that will have to be placed in a specific door in a specific way to have it open and reveal more dungeons :) that is of course in the works.