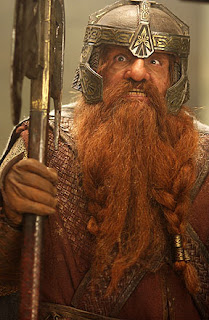 Wow! Is this one difficult, I'm really going on memory as I haven't played as much as I would like, I've just lately started really getting into gaming again.  I remember a few ability checks that should never have worked (including modifiers) and the player character rolled the appropriate number some how,  like a wizard trying a test of strength lol (sometimes the dice work out).  However that's not entirely crazy.  In one of my latest sessions, there was a huge pit trap in a room, and as the players walk in a skeleton try's to goad them into coming forward, only for one person to fall into the pit and take damage.  Once the character (a dwarf) managed to climb back up the pit, while being bombarded by arrows from the skeleton, it was decided that the other character was going to attempt to "toss the dwarf".  And somehow! the dice worked out and he was flung a few feet past the pit straight into the skeleton.  I'm not sure if its crazy, but its defiantly a moment I will remember.  Afterwards I asked the dwarf player how he liked D&D, and he said "I love it you can do anything in this game, case in point getting tossed".  I think he is sold on RPG's now.


Posted by shanepatrickward at 6:12 AM